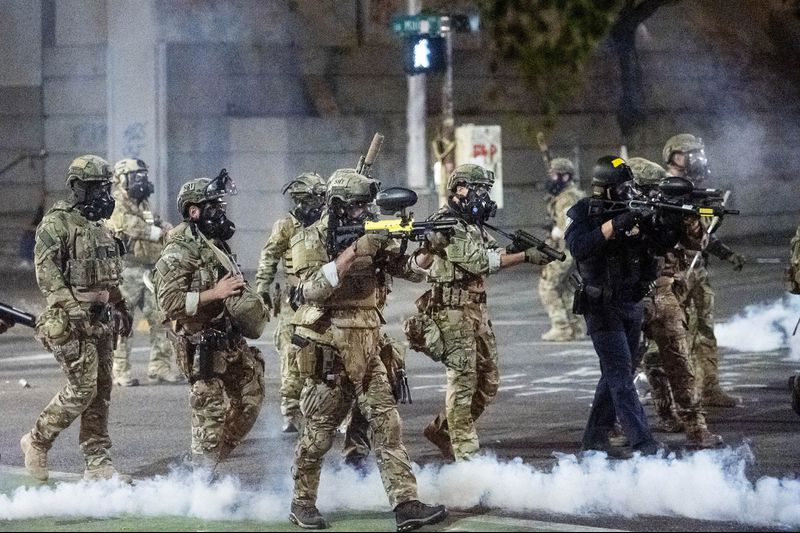 I’ve already expressed my fury at our wannabe Mussolini who sent federal troops to Portland, Oregon because his tweets no longer can divert the public’s attention from the bad news he spreads everywhere. He told Fox’s Chris Wallace he wasn’t sure he’d leave the White House if the American voters don’t reelect him. Mary Trump was too kind to our white trash President.

Pete! “You’ve got a snake in boot”, or worse, the Oval Office. Show us some some of the Toy Story grit of Sheriff Woody and stop letting Donald Trump pull your strings. Your benefactor is on the verge of sending another 180 thousand of his paramilitaries to Chicago as though there were Saddam Hussein’s Republican Guard.

You were a cop Pete. You saw the mayhem that Trump caused in Oregon…..protesters about the break camp because no one paid them that much attention and now after the small heavy hands of your sugar daddy Portland can count on more mayhem. Now its Chicago. Tell us you are with us and not Mary Trump’s dysfunctional Uncle so that when he sends more thugs to Minneapolis we will know that you are on Minnesota’s side and not this man who envies the newly proclaimed lifetime dictators of China and Russia.

Do it after your nightly town-hall telephone calls on corona virus tonight. I sat through an hour of one of them a few weeks ago. It was one of four phone invites I’ve gotten to join your virus monologue. I hope you have gotten better at them. I’m still waiting to learn if you have told your constituents at these “town-halls” to ignore the lies your president has been telling them. If not, you are as lousy a doctor as you are a cop. Show me I’m wrong Pete. Show me that our men in blue can stand up to a tyrant instead of kneel on our necks. Tell Donald Trump that he should stop sending invading armies of heavily armed enforcers where they are not wanted or welcome.