And the story to go with it:

I decided to avoid the tomorrow’s last day to file rush. I wrote up the previous post, contributed $50.00 to George Conway’s Lincoln Project. It was the least I could do after the group’s confederate flag ad and then I took my first drive out of town for the last two months.

The State Capital has been cleaned up and it was beautiful under the blue and white sky. It was guarded at all entrances by the National Guard. 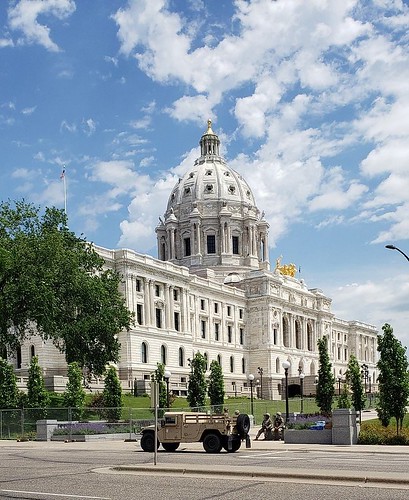 I arrived a little after noon and found a short line of candidates ahead of me. One fellow who had just signed the short candidate filing papers was without a mask. He looked at me behind the cotton mask Claudia gave me and told me that it was only good for making me feel good about myself. I was more amused than irritated. I asked him if he was a Republican. He said he was with the Veterans Party because it was time to abandon the big two. He explained all about his ten years in emergency management or something like that. It was the reason he knew only realy N-95 masks were useful…….He didn’t explain why he wasn’t wearing one but he told me that Governor Walz was violating the Constitution by making people wear them. One thing I’ve learned in life is that new third parties attract Know-it-alls just like the regular parties. 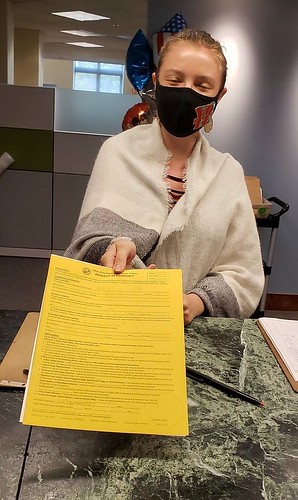 And then I handed in my filing paper. I’m on the ballot again. A little after I got home I found a text from the DNT’s Brady Slater. He wanted to give me a call for a story. The story is fine, despite the tired but accurate description of me as a perennial candidate. We had a cordial conversation and I discovered he spoke French. I recommended the French television series Le Petite Murtres P Agata Christie. I told him its very funny. I’ve been encouraging my French Pen pal S to watch it. Despite the subtitles I think most English speaking people would find it amusing. I particularly recommend the second ensemble of actors with the red head on the motorcycle and the Secretary that’s a dead ringer for Marilyn Monroe. The latter’s name in Elodie Frenk and she is a stictch.