Up and out of bed for four hours. Until a few moments ago when I took a ten minute break to clear my mind I was busy nonstop with mental activity skimming the News Tribune, the NY Times and other news filters on my cellphone. Twenty of those past minutes were used solving some Time’s puzzlers and fifteen minutes were on my French practice. I still have another half an hour of French practice today to do in order to keep to a half year streak of putting about an hour in daily. Will I ever get to use French if I become fumblingly conversant. Maybe. So am I learning it for vanity, practicality or just to keep my brain cells from slipping into dementia? Don’t know. Probably all three.

That’s what I pondered in my nap while trying to keep my mind clear. That and the dozens of things I’d like to write about now. But I have a Reader column to turn in today and like last week when I missed the deadline I have some rough draft work ready to operate on. But I’m operating at the moment in the “meantime” with some time to kill and ideas to spill. As I fritter away precious minutes I’m listening to the Birmingham Symphony’s recording of the Mendelssohn that I will be singing in two weeks at the DECC with the Symphony Chorus. At last week’s practice a native of Texas from the French bayous caught me working on French. My mind froze up and I got no French out but I was hoping I’d see him again last night but he wasn’t sitting behind me to give my French a spin.

But I’ve learned a couple things about the composer. He taught Queen Victoria piano lessons. That’s added to my enjoyment of the current PBS series on young Queen Victoria. I also learned that he was a polyglot speaking a half dozen languages. He was easily conversant in English which makes his assures that his English lyrics …..“All that has life and Breath”……its playing now…Heavenly…. are not at all stilted. 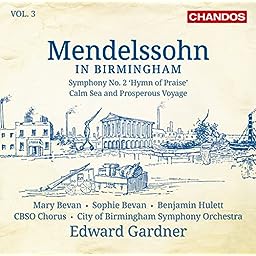 So with Mendelssohn playing in the background let me mention one of the dozen items I’ve watched with Claudia over the past few weeks. Not Brooklyn 99 which tickles my funny bone and which is proof that racism in the US doesn’t stand a chance in the long run. Instead I’ll mention The Expanse three seasons of which we’ve live-streamed over the past couple weeks. I read a note about its being saved after by two seasons by none other than Mr. Bezos of Amazon fame. He put a good word in for them when it was about to be canceled. Its about a future Earth at a time when Earthlings are divided into three groups. Those living on Earth. A militarized Mars and everyone else called “Belters.” They have colonized the Asteroid belt and all the other moons beyond Earth of the Solar system. In the first three seasons war is about to break out between all three subdivisions of the Solar System bound Earthlings. The Mormons have commissioned a massive Space ship to be sent to other suns and that project is being constructed in space by the belters. Bezos reportedly fell in love with the series because it works hard to show how the real life environment of space would have to be negotiated by humans. (No bathrooms have shown up yet. Probably just as well. What a distraction they would be)

There was one things that caught my attention. While there are vague hints that the Earth of a few hundred years from now is radically different one Martian warrior who finds herself at the United Nations in New York wants only to see the Earth’s ocean which is so foreign to her having grown up on desiccated Mars. When she escapes her confines and is directed to what is clearly New York’s battery overlooking the Statute of Liberty I had a quick reaction. I’ve been there and in a couple hundred years barring some industrial miracle that little bit of beach will be covered by 20 or more feet of water. I suspect the makers of The Expanse knew this but chose not to ignore this far more likely future. The idea that we will be zipping around the solar system mining its asteroids and moons in a mere two hundred years seems pretty fanciful to me. Will it happen? Oh I fully expect this but I think it would take a lot more time than this although like with Startrek I’m not entirely clear on the dates projected by The Expanse. And I haven’t even mentioned the “proto molecule.”

They had one thing right. The spaceship slated to be flown (is that what you would call it) by the Mormons is expected to take many generations to reach a habitable star beyond the sun. Alpha Centuri is the closest at 4.3 light years. NASA is contemplating sending out a space kite powered by lasers shot at it from Earth which might be able to reach one fifth the speed of light. That would make for a 30 year journey. What it would take to power a spacecraft with a 1,000 people on it at that speed is not yet within the grasp our our engineering. And Alpha Centuri may be the wrong place to send humans let alone a whole colony of them surviving the loneliness of space for generations. In a million years? Sure some new generation of hybridized bionically and computationally augmented humans will quite likely make the journey. At a fifth the speed of light their successors might make it to the far edge of the Milky Way in half a million years – a period of time 50 times as far away in the future as agriculture’s beginnings were in the past.

So for me and the immediate generations following me the question will be whether Earth and Mars or simply China Russia and the USA can avoid turning the Earth into another Venus before this endless future Era of exploration begins. To that end I’ll mention my pleasure at seeing a letter-to-the-editor in the Reader mentioning my last column about plastics. I don’t get a lot of feedback. The letter suggested a book for me about plastic waste. I won’t read it. I haven’t read the Sixth Extinction yet and that just about sums up what Donald Trump inspired politics all but guarantees will come to pass.

I give. Time for French.
I’ll save any proof reading of this for later. Maybe