My eight loyal readers know that in the Holiday season of the late fall I put jigsaw puzzles together. When I go on trips I look for interesting puzzles to bring back to remember our travels. In the case of China last year I never found one in China so I ordered one through Amazon instead.

The first puzzle I started this year was purchased in the Louvre Museum in Paris. Because I’ve started getting puzzles from family for Christmas I’ll probably get three or four done by New Years. I prefer them to new neck ties. 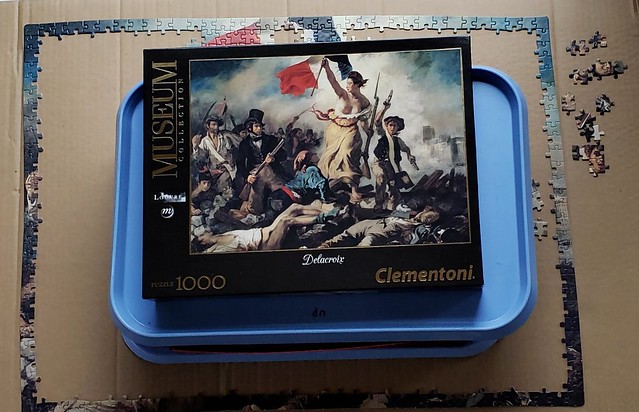 Delacroix was a historical painter and a major obsession of his was to glorify the Republic of France. Here’s a picture I took of this famous painting while I was at the Louvre: 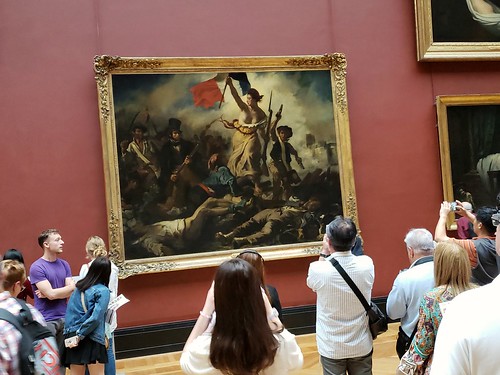 And here’s another of the entire setting for the painting. The Louvre is palatial because it was the residence, castle, for the King of France before an even grander palace was constructed at Versailles. 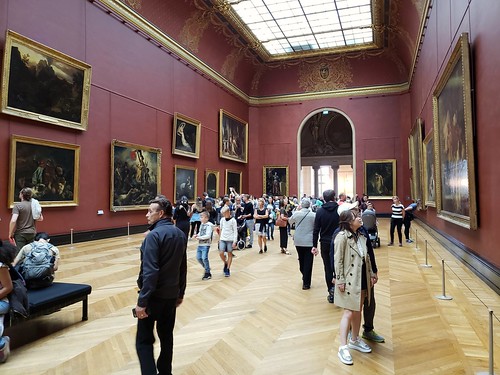 There was a long passage in the The Greater Journey about Samuel FB Morse who along with other great American painters traveled to France in the early decades of the 1800’s to learn how to paint from the French masters. We in America know him better for developing an idea he picked up in France – his invention of a working telegraph. That made him a millionaire or its 18th century equivalent but his original desire was to become a great “history” painter.

Before photography such painters were the great teachers of history to the common folk.

An uncomman man has just aquired such a painting for the White House. It is even more preposterous than the idea of a lady liberty urging the revolutionaries on and a little more mundane…..like those paintings of dogs playing poker. What do you think of it?

You could buy a print for $75.00. As for me I prefer the one the artist painted with Barack Obama.