Guided tours of the vineyards begin in Darcy Park near our Dijon hotel. For some reason ye olde English telephone booth is the point of departure. Today we got a royal tour to match the monarch’s crown on the red box.

We were eight. Canadians, Ausies, English, Irish and Americans. Claudia sensibly insisted on a tour if I intended to sample so, free of a steering wheel, I took lots of pics along the way of the countryside. We tippled before Beaune and after. Six wines at each vineyard. No purchases for us. Too pricey but some sips were of grand crus. The wine growers have long been a feisty lot and looked out for their self interests. They have enforced lots of rules that make explaining their manufacture and labeling head turning. I was content to sample.

Beaune (pronounced bone) is a walled city with a historic hospital at its center. We took a tour. A rich merchant built it to atone for his sins and for five hundred years the sick and dying were given tender care inside its walls. I took pictures but was particularly taken with a scene of sinners on its walls (perhaps not unlike the hospital’s founder) tumbling into hell. The hospital may have been his ticket to salvation.
Dix-H
By the way, the hectare and a half of grapevines behind Claudia and me produces the most expensive wine in the world at about $6,000 per bottle. CORRECTION, CLAUDIA SAYS IT WAS $12,OOO TO $21,000 PER BOTTLE. We were not permitted in among the vines and I don’t blame the owners – not at $10.00 [ make that a $25 dollar grape ] per grape. Vive la France! Oh, and the rooster is the symbol for France. The plumed fellow that completes this post is on the Post Office building opposite our hotel.ics 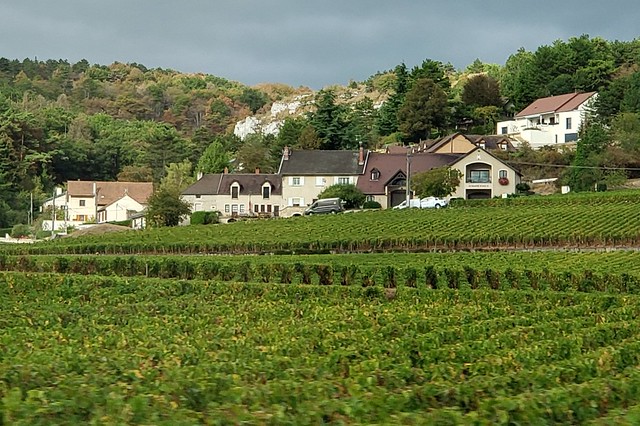 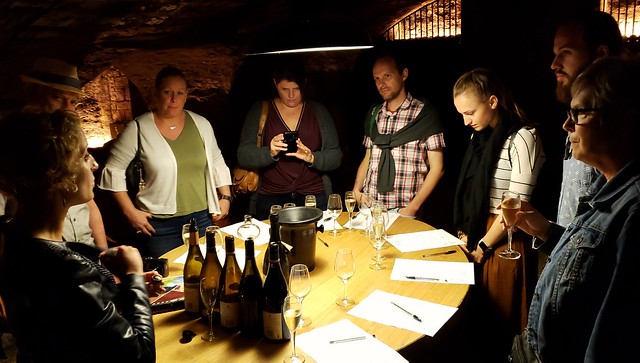 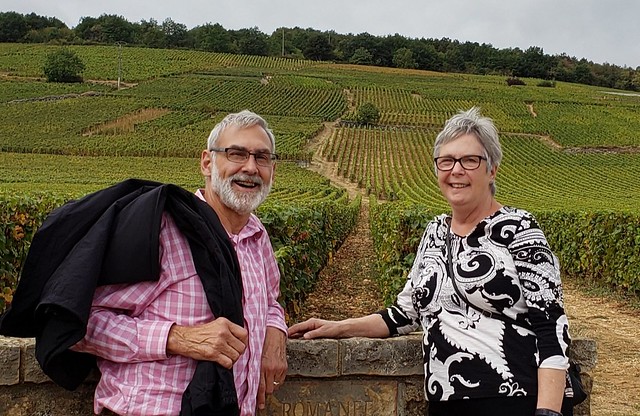 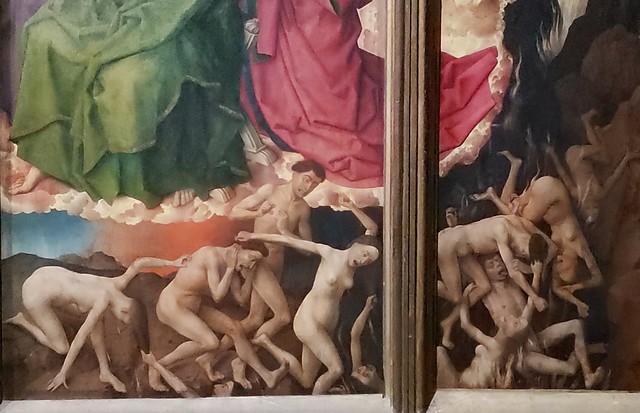