My Buddy sent me Andrew Sullivan’s long piece in the New York Magazine which mentioned this fascist libel on General Pershing which I found in a British newspaper’s webpage on You Tube.

I grew up with close family friends from the Philippines. I had a Muslim roommate in High School. Having seen this video I can state unequivocally that anyone who sees this and votes for Donald Trump for President of the United States is a traitor to everything the nation’s founders hoped for the United States.

If that means you………YOUR FIRED! Emigrate to Russia where you can have a leader who joins you in your admiration of this pig blood drenched huckster.

I had a few choice thoughts on Trump in a temporary blog I set up in January when this one went Kaflooey including my snow sculpture tribute to Ms. South Carolina. 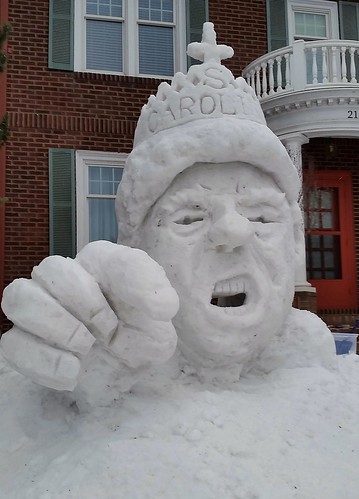