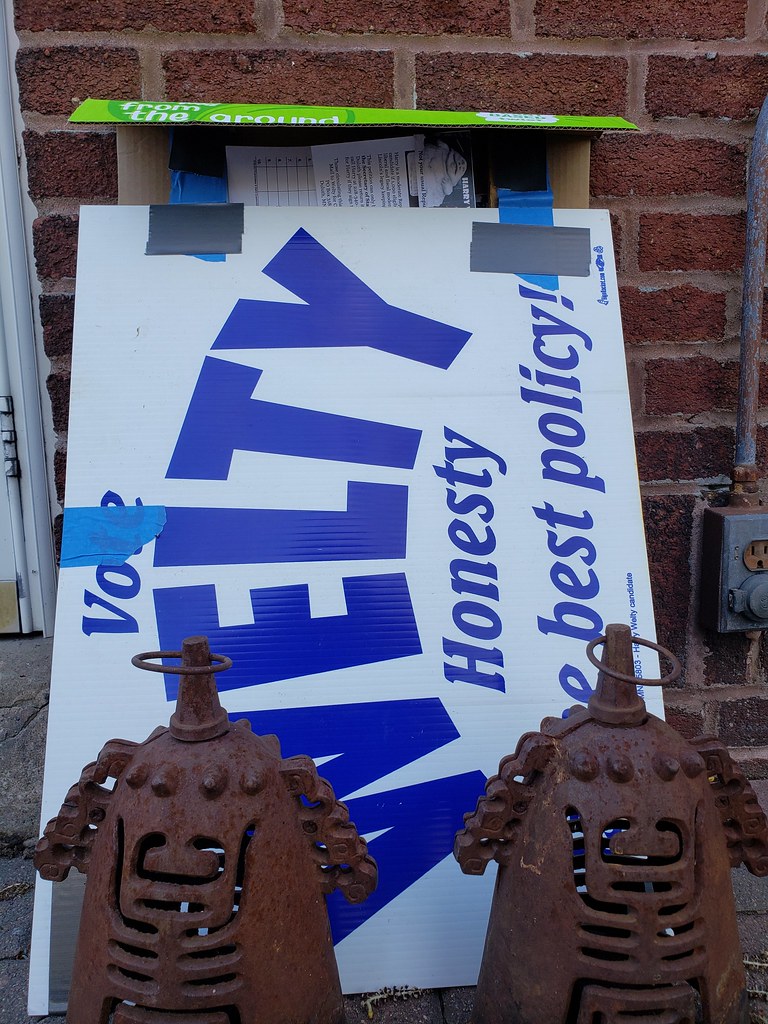 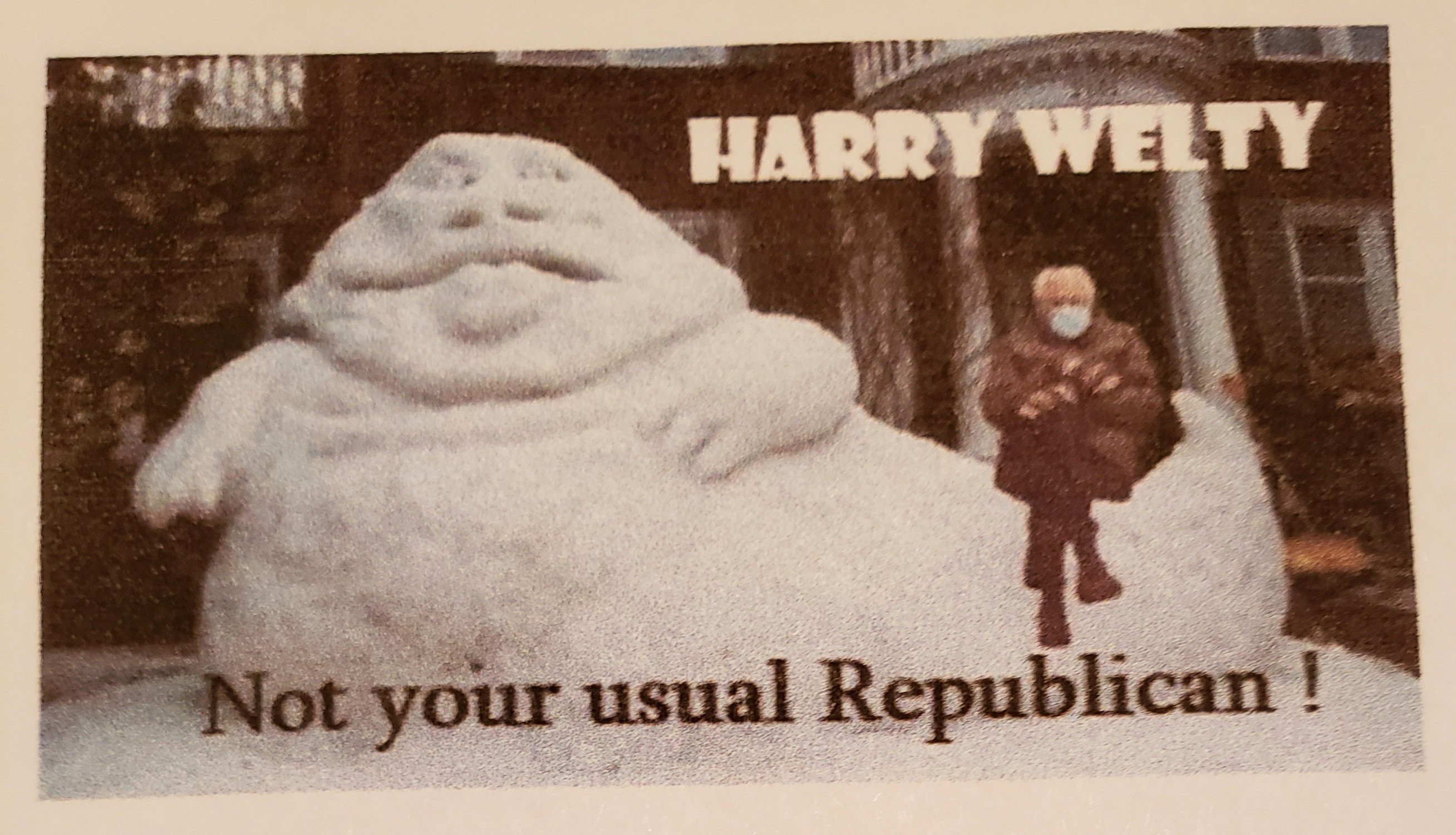 Petition dispensers found at both Harry Welty’s front and back doors
And his unique political calling card.

Harry Welty is beginning a petition drive to have his name placed on the ballot of the August 9th primary to challenge sitting Republican congressman Pete Stauber. Harry is touting the fact that he likes Democrats as a primary reason for taking Stauber’s seat. “Republicans are in a fierce contest to see who can hate Democrats the most,” said Welty, who described the tactic as very un Lincoln-like. He noted that, “Abraham Lincoln preserved the Union. Republicans today are dividing it.”

Undaunted by the million dollar war chest amassed by Stauber, Welty’s campaign has created both a website weltyforcongress.com and a spotify podcast site which will let him be everywhere in the sprawling and newly enlarged 8th Congressional District at the same time. “I hope to win thinking people’s votes,” said Welty who pointed out that everyone can vote for him in the Republican primary, Independents, Republicans and Democrats. In fact, he is counting on a huge crossover vote to propel him past Stauber. Polls in America tell us that 65% of Americans are afraid for our Democracy and Pete Stauber has turned a blind eye on the attempt last year to overturn an honest election. If that’s not enough Harry hopes humor will also attract support. The Podcast borrowing from his political cards is: “Not your usual Republican.”

While Harry will spend the next fourteen days gathering signatures he has put out a call to those who appreciated his service on the Duluth School Board or his thinking as expressed in his Duluth Reader columns or even his annual snow sculptures to drop by his house at 2101 E. Fourth Street to pick up petitions to help him gather more signatures to place his name on the ballot. Welty has left them at both his front and back doors with instructions.

For further information contact Harry Welty at 218-340-5197 or harrywelty@charter.net