My archiving work keeps turning up lost or misplaced items. One such last night was the letter my Grandfather wrote to my mother after I was born. I’ve been looking for it for years and there it was in a box I hadn’t opened in a decade.

Likewise at the beginning of my old Red Plan fight I was asked to write about the plan by Bob Boone of the Reader after I gave up the column six months earlier. a year ago I asked Bob if it could be found and he turned up something else I’d forgotten about but not my first salvo explaining the problems with the Red Plan. I found it this morning and I have to say I was very impressed with how concise and persuasive it was. It might be somewhere in my hard drive but that’s an entirely different form of Archiving I should work on. So, I have taken a picture of it and I will show it to my followers who may not care a whit about long lost Red Plan stuff just to show any doubters that I am an entirely rational man. 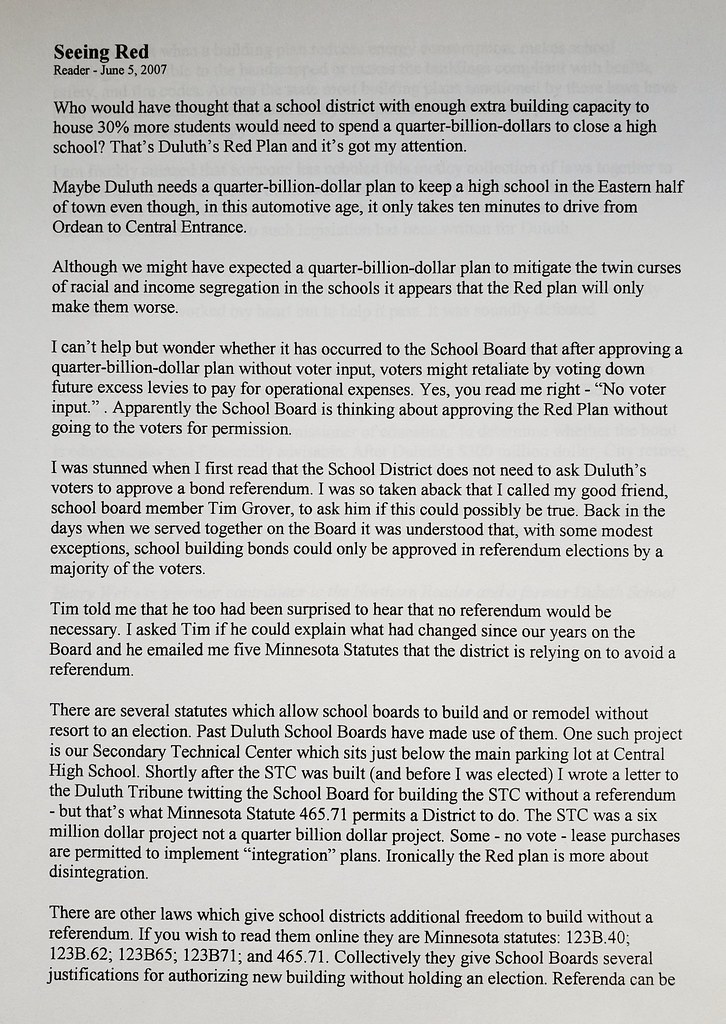 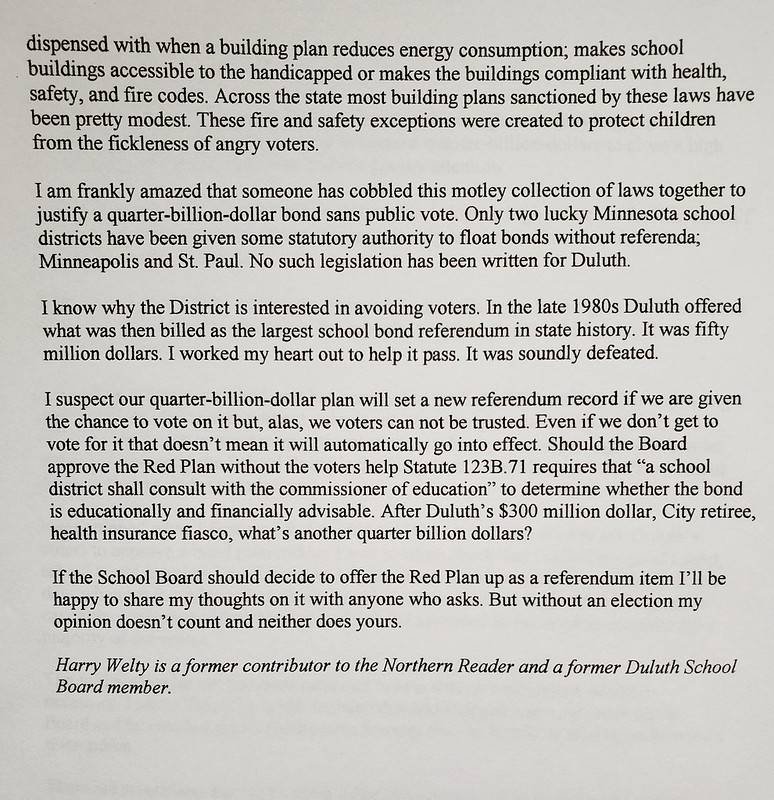 AND ONE MORE THING

This issue demonstrates my basic principle that elections must not be tampered with. I was also furious when the School Board spent a year of valuable time and treasure to remove the argumentative Art Johnston despite his election by his District’s voters. JUST AS I fought Donald Trump’s efforts to steal the election he said was stolen from him and the Republican Party’s ongoing attempts to place obstacles to voting in front of minorities as though an election was Normandy Beach geing mined and obstructed by Hitler’s armies on D-Day.