Two days ago I posted a letter I’d sent to Superintendent Myles back in 1997. Today I’m posting page 89 of the book I was writing six years earlier in the middle of three unsuccessful School Board campaigns. It comes from a three ring binder of a book I was composing which was to be called “Worst Teacher in the World.” It’s earnest, optimistic which is a prelude to the eventual downfall I would face. I’m including it partly because it appears not to be a completely rough draft like other pages I’ve been going through.

I knew as I typed this that finding an audience would be a tall order. What was I going to do? Print a few hundred of them and pass them out as I was knocking on doors? Ridiculous.

But I wanted to get my thoughts down on paper. Today I’m very glad I did if only because all of us like to have 20 x 20 hindsight. In the chapter preceding this my lofty ambitions are made wonderfully clear. I hadn’t completely forgotten what I’d wrote because much of it has stayed with me for the last 30 years. It was wonderful reading how clearly I said things then 30 years ago.

I have altered the Chapter Title here. Hitting not Catching is the more commonly recognized trite phrase. They come in handy and are too often given a bad name. I think its inevitable that some of what I wrote with new editing could become part of some new book I might publish about education. And I’m a little embarrassed to be doing this again. Promising books.

I think, at the very least, my column for the following Friday will be called “Worst Teacher in the World.” 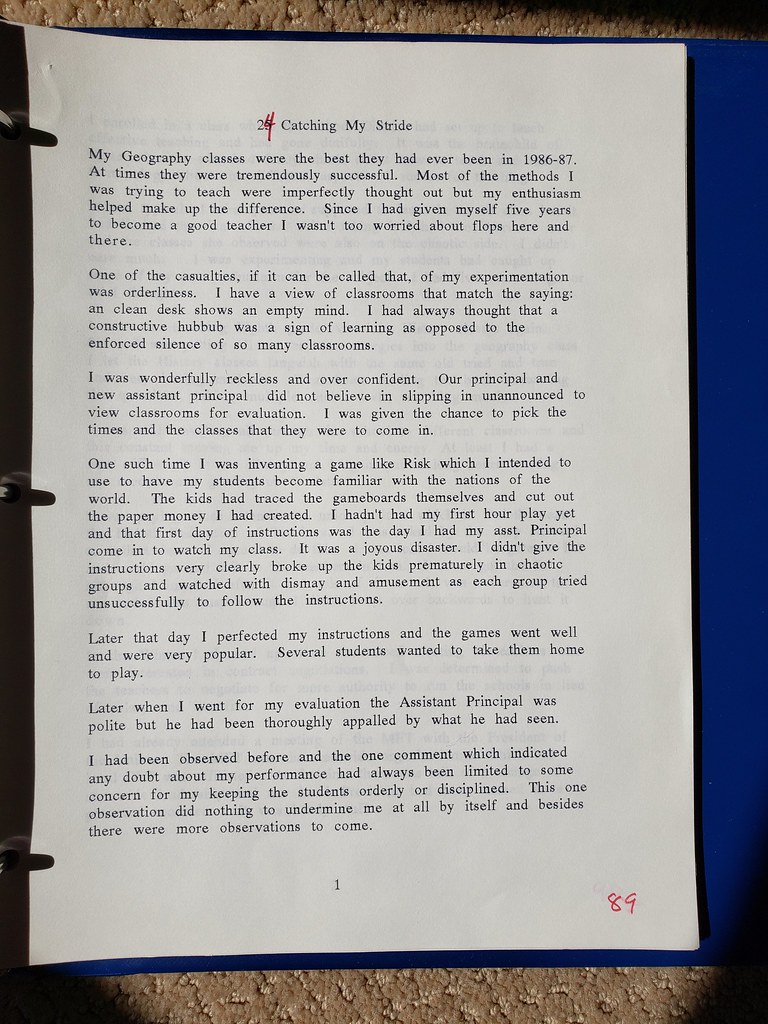