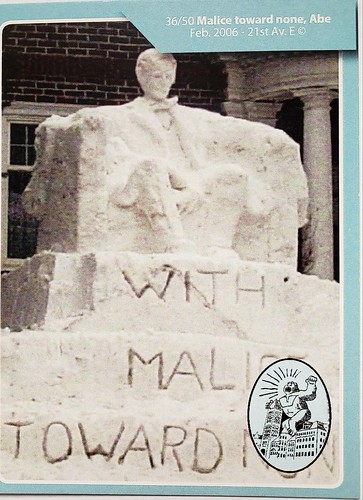 This is my third post for the day. I haven’t posted so much for a year. I’m quite pleased with myself. I even got a rough draft for what may be my next column for the reader two weeks from now. I’m working a week ahead of deadline.

It led me to begin my Reader Column’s rough draft with this sentence:

While Minnesota’s Congressman Emmer is busy erasing Abraham Lincoln so that he can declare John Wilkes Booth the founder of the Republican Party I can’t help but think back fondly on my kind of Republicans.

CRT is an acronym for crying out loud. No, not CYL! It stands for Critical Race Theory. I’d never heard of it until Fox News got its undies in a bunch about it but it apparently goes back to the 1970’s. It sure as hell sounds academic. The theory that Emmer is hysterical about is the astonishing claim broadcast every hour-on-the-hour by Fox News that some people think black people have been treated poorly for 400 years in North America.

My sarcasm isn’t sufficient to accurately describe just how far up his arse Congressman Emmer has stuck his head.

I will simply leave you with two of the last three paragraph from my 2018 column Worse than a Racist.

Worse than a Racist

Don’t get me wrong. Racists like John Wilkes Booth can do horrible things in their ignorance. He was there when President Lincoln concluded his famed Second Inaugural Speech with the words, “With malice toward none; with charity for all; with firmness in the right, as God gives us to see the right, let us strive on to finish the work we are in; to bind up the nation’s wounds; to care for him who shall have borne the battle, and for his widow, and his orphan—to do all which may achieve and cherish a just, and a lasting peace, among ourselves, and with all nations.” What was the Shakespearian Wilkes’s retort? “That means nigger citizenship. Now, by God, I’ll put him through. That is the last speech he will ever make.”

I wish Emmer was an honest Racist.