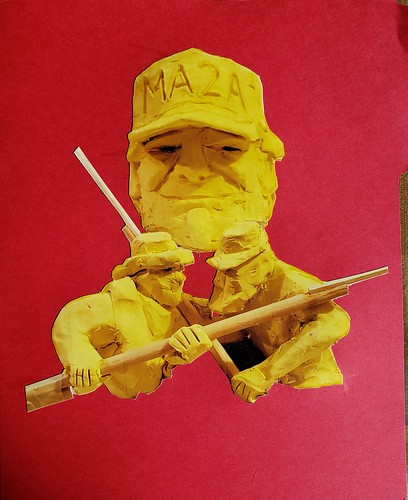 This is am image I imagined for a book cover. The tentative title was to be Harry’s little Red Book of Trump.

I might put it together. Its mostly written in the form of several dozen columns and posts I’ve written about our now Ex Prez and perhaps future Prez should he attempt a Grover Cleveland on us. I’m almost as sure he will be too sidetracked to pull that off as I was that he could get elected a year before he pushed a bunch of wannabe’s like Cancun Cruz off the Presidential stage.

In my last piece in the Reader, which I published just before this post, I ended with an italicized finish that more of me could be found here on the blog. As my regular eight loyal readers have discovered since about May of last year my posts have shriveled up drastically if not died outright. I am both in a period of deep thought brought about by the quarantine and intense study of French. The latter is an unusual thing for a 67 year old now 70 to have decided to pick up. The nearest French speakers are in Quebec and I am not sure how many traveling days I have to look forward to despite my intention to live to the ripe old age of 100. And I think I’ll pull it off too. In the process I have grown to appreciate anyone who learns a second language after their school years.

As I was out shoveling the thin snowfall from last night off my sidewalks a bit ago (mostly as a way of postponing writing something) I thought about my Mom and sex and how in our confused age she helped me see through the fog of that fraught subject. That has also been a subject I’ve wanted to write about. Its been on my mind since I read that Rush Limbaugh, RIP, rang a bell sound effect to celebrate the death of AIDs victims back in the 1990’s. {I just fact checked this before posting and it turns out to be true} Gays were always easy victims in the old days for pudgy non athletes like Rush. My Mom was instrumental in steering me clear of this bit of stupidity when I was only about 10 years old.

Rush may be deserving of a column from me in the near future but this is post is about my sputtering attempt to get back to regular writing. “Write what you know” is a well known command for authors and there is nothing I know better than my family. A couple days ago I took a book off my shelf that I hadn’t looked at since perhaps 1987. Why do I know that? Because I discovered my Dad’s obit in the book as though I had used it as a bookmark. He died in 87 a month shy of his 62’nd birthday. It was like an omen. 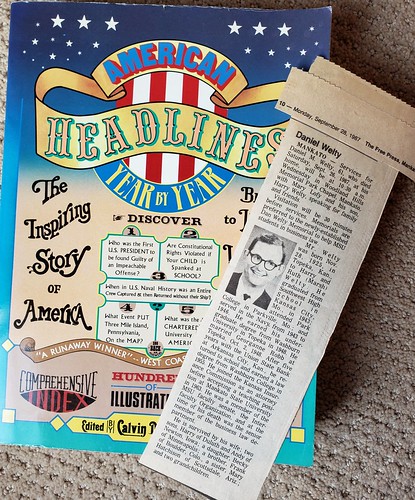 For all of the Limbaugh lovers who pine for the old days in which they could comfortably look down on all manner of people I think back to the people who raised me and taught me to look to our better angels. That’s a topic worth considering.