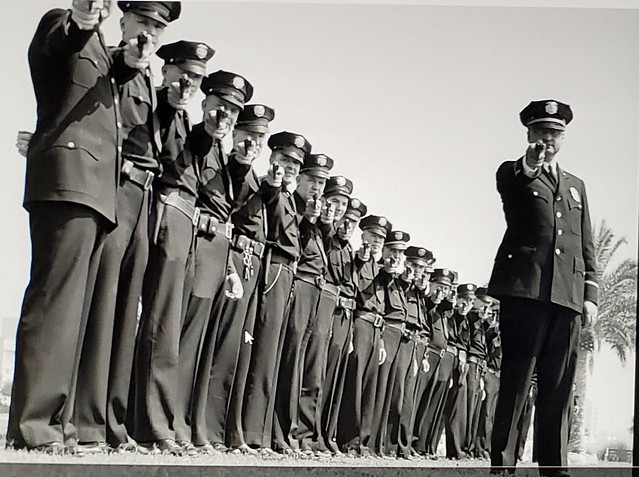 I can’t find NPR’s short piece from this morning about how policing developed in the United States from something closer to vigilantism to catch escaped slaves to northern urban police which served the interests of the higher levels of society by keeping an eye on immigrant populations.

After the Civil War and Reconstruction the Southern White population exploited the biggest loophole in the new amendments to the Constitution. Criminals were exempted from being treated as slaves. They were hired out to business and worked to death a state of life which continued for several generations up until the Second World War.

As now freed African Americans began their long slow escape from the South to the North they ran into northern police which turned their attention from white immigrants to black refugees.

The link at the bottom is to the entire hour long NPR program. I’m listening to it as I type. It begins with the story of historian Khalil Gibran Muhammad’s decision to switch from his business degree to the study of history when in a student protest he frustrated the police by not having a criminal record. Listen to the first two minutes and I think you will find the subsequent hour very worth the time.