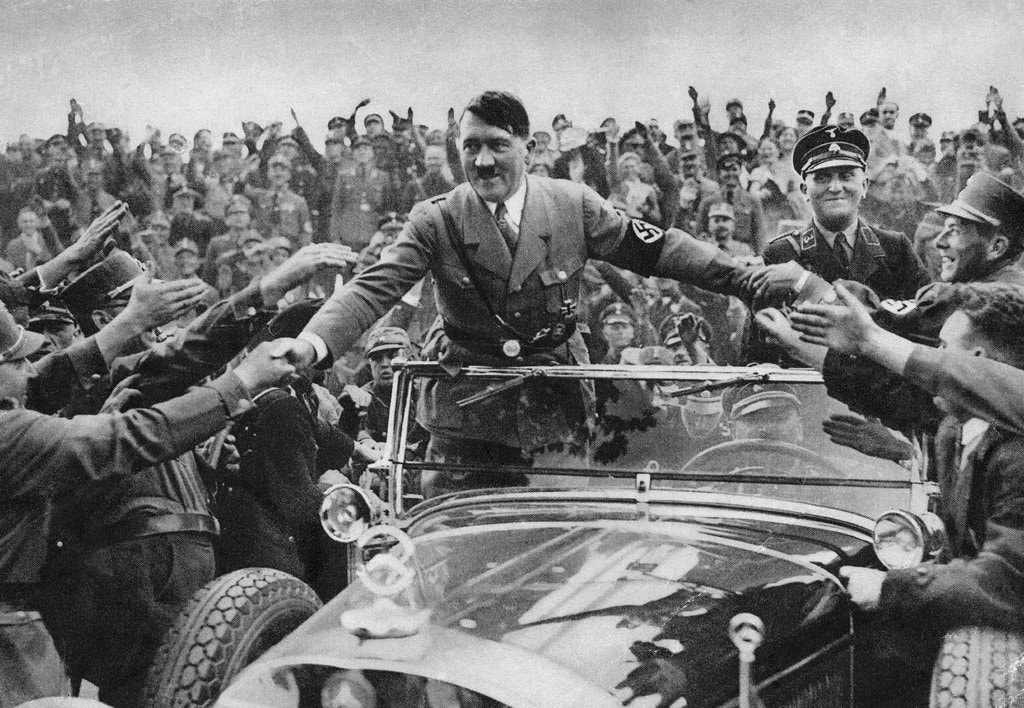 One of the most enduring questions I heard when young and pondered deeply was this. How could the Jews in Germany have allowed themselves to be slaughtered without a fight? I began figuring out the answer to that as I read more books about the Holocaust and Germany in the Era of the Nazis.

I continue to learn about that era. Recently I read that after it became apparent that the Thousand Year Reich might only have a very short time to live on Hitler and his minions decided to make sure the several year Reich’s existence wasn’t wasted. They decided to double down on erasing Jews from the world for the good of the Ayran race even if Hitler and crew wouldn’t live on to enjoy the fruits of continuing Nazi success.

As to answering the initial question many sources that I’ve read spell out the slow developing awareness of most Jews that this Hitler business was not merely serious but deadly. I’d recommend two Pulitzer winning cartoon books about the experience of the Jews of Poland called Maus 1 and its successor Maus 2 by Art Spiegleman. Its illustrator/author had parents who survived the Holocaust and he wanted to understand just what happened to them and portray it as though it had been cats and mice instead. 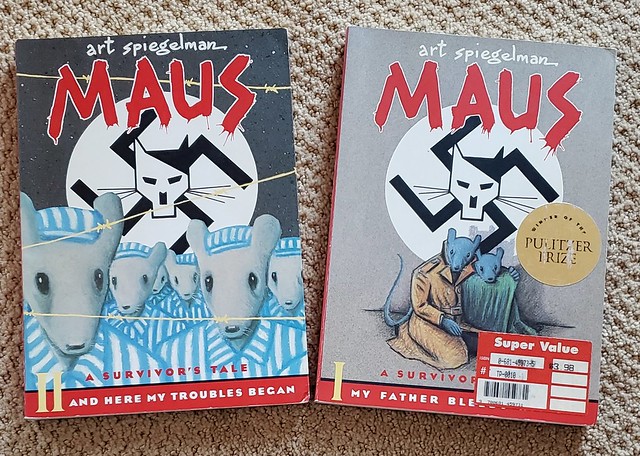 One of my personal priorities is to collect as much information about a subject in as little time as possible. Why spend ten hours reading a novel when you can watch the Hollywoodized version in an hour and a half? I know the downside but that doesn’t stop me.

This book doesn’t cover new ground. What it does is give a step by step day by day iteration of a python suffocating its prey. Whatever else you say about Donald Trump he did not come into the Presidency with a well organized front organization prepared to suffocate America. He came in with a bullier pulpit to prance and pose for his adoring minority. His supporters are roughly the same proportion of the population as the Germans who voted for Nazi’s in 1933 but they didn’t come in with storm troopers. But maybe they did have a semi-organized propaganda machine under the Rupert Murdoch family. What they were able to do in spades was take over the Republican party and enforce pure Trumpism by purging anyone who dared to second guess Trump. Now Republican critics are too chicken to say anything.

I’ve heard such cowardice bemoaned by leftists for ages. The middle class is so comfortable they don’t want to be bothered. They just want to be protected from disturbance and maybe Trump, like Hitler, can offer it. That’s the thinking but surprise, surprise, recent events have prove it to be delusional. Trump is the Pigpen of of our national politics and the middle class is about to be bothered big time.

It was clear to me from a year before his election that Donald Trump would not be anyone that Republicans could control. But he is someone who can cut his Republican critics off at the knees. However, the timidity and crass self-dealing of Republicans could make this happen yet. Just look at those bastard Senators who sold off their hospitality stocks while telling their supporters that Coronovirus was the Democratic Party Hoax that Trump claimed it was. That’s what a Republican is today. Its become the swamp that Trump said he was going to clean up. Could such people let a Trump Administration get away with worse? Your damn right they could.

So,for those of you who haven’t had the time that you consider paging through the 300-plus pages of this book. Its not quite Cliff Notes but it should be interesting reading.