For five nights I’ve been on a Disney Cruise of the Caribbean during a Winter break. I was blissfully ignorant of our plans or what we might do or where we would go. I was too preoccupied watching Donald Trump and the Democrats dance around a deep pit I hoped would not become America’s grave. So, landing in Florida and being freed from the news and the Internet for a week was a blessing.

In fact I slept well, meaning six hours or more, every night of the cruise. I’m not sure whether the absence of Trump News or cellphone gazing late at night was the chief reason for this. I slept well again back in Duluth last night leaving it till this morning to do some catching up.

I was so detached from the planning that I only paid attention to the itinerary after we boarded Disney’s Magic. Its the sister ship of the Wonder that I think we sailed on for a Disney trip to Alaska with our grandsons five years ago. I didn’t even know until the day before we arrived that our first stop was the Cayman Islands. We snorkeled there, had a fine lunch and returned to our ship. I only knew that the Caymans were something of an off shore tax evasion site. Just now I googled it and discovered that it was a British possession.

We all got a little sun burned, ate too much, enjoyed family entertainment and forgot that Donald Trump is doing nothing to slow down the Caribbean heat sink which is fueling stronger hurricanes. I shared lots of pictures this morning on Facebook which I won’t share here because my family deserves a little anonymity even as I continue to streak nakedly across the internet.

I will however show you a string of pictures I took in Grand Cayman’s capitol, Georgetown, of a traffic cop who enjoyed entertaining the pedestrians he shepherded across the closest thing to a busy intersection in the city. 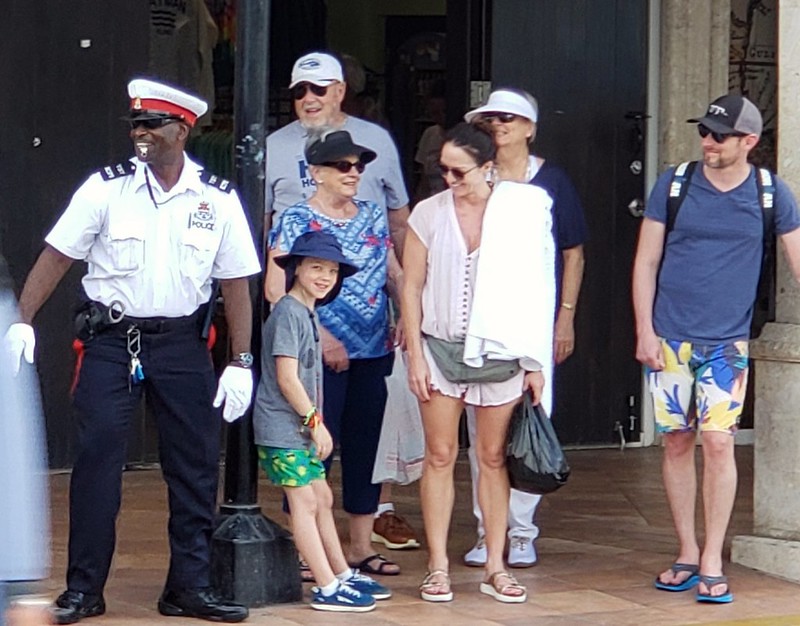 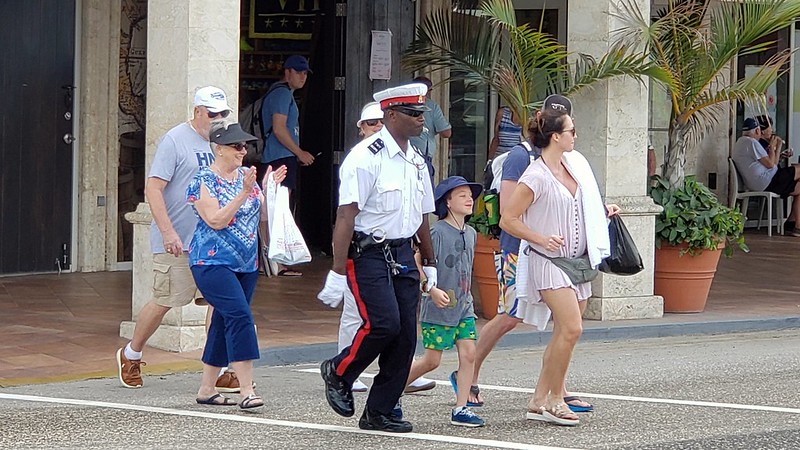 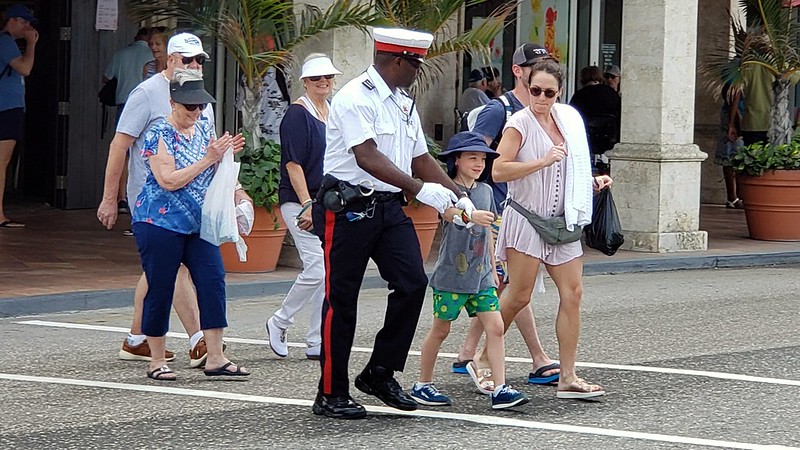 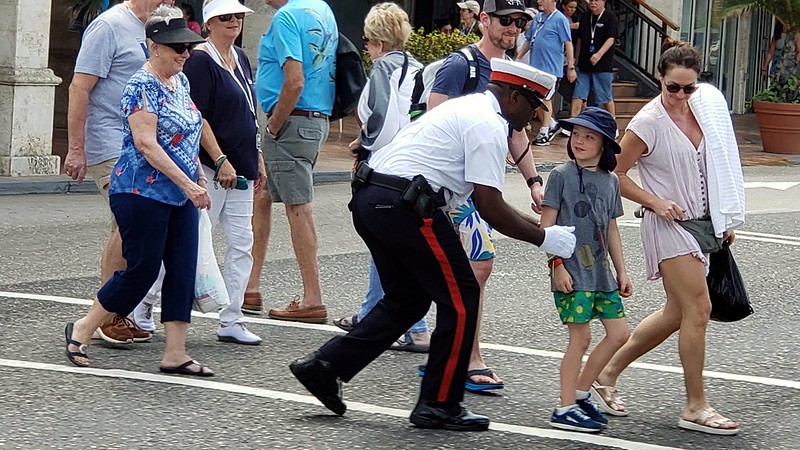 And here’s one more from the restaurant we dined at overlooking the spot where we snorkeled over the wreck of a ship that blew up when its cargo of dried rice got drenched in a storm and the rice puffed up. 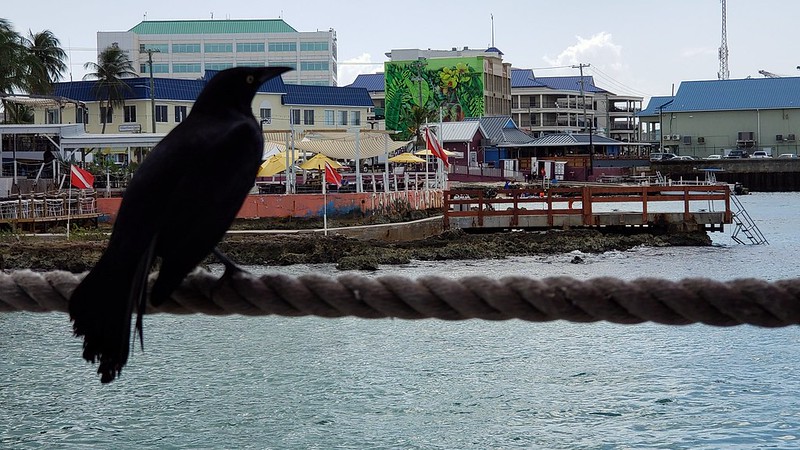