I attempted an untested surgical procedure in order to return the New Year’s Baby’s dismembered head to its rightful place. Present to record, for posterity, this unusual procedure was crack Fox 21 News reporter Nicky Davidson. I hope she offers her viewers a warning that they look away during any airing if they were squeamish .

The procedure was a double crainiotomy in order to relieve pressure on the surgeon’s back. First the jaw was cleanly sawed off and replaced on the severed neck with freshly warmed surgical snow. There was some failure at the jawline but enough glue left over for the placement of the middle piece of skull including a recently deviated nasal septum. The scalp will have to wait until tomorrow after more fresh surgical snow is melted to a snowball consistency.

I chatted through the procedure with Nicky and observed that if I had discovered the miscreants who pushed the New Year’s Baby’s head off while living in a good Republican, “Stand your ground,” state and properly armed, I could have gotten away with plugging them for their trespass and damage to property.

This is the current state of the New Year’s Baby while it awaits a final operation followed by some cosmetic repair. It reminds me of the characters on the Simpson’s Itchy and Stratchy Show. 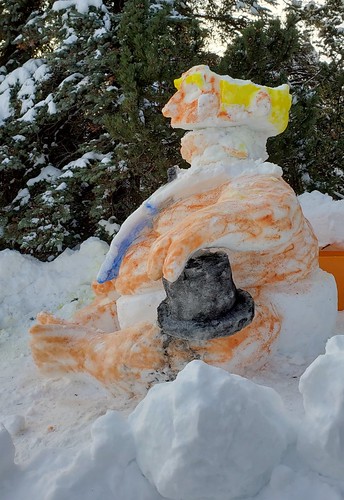 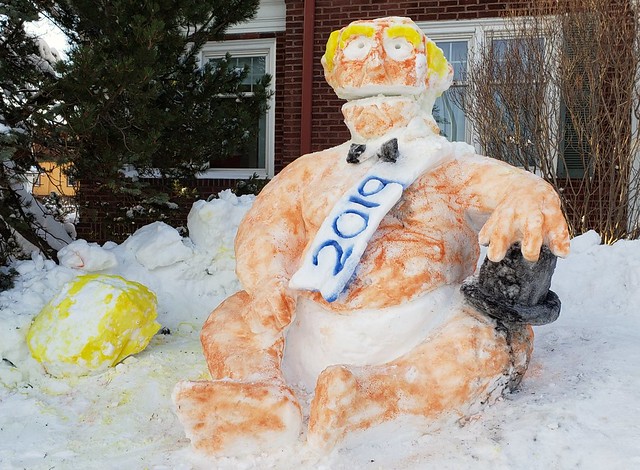