We drove into Alsace today home to sauerkraut, reisling wine, some of my German fighting Grandfarher’s ancestors. It was a centuries long prize coveted by two nations on either side of the Rhine. The French thought the river made a good border. The Germans thought the Vosages mountains twenty miles into today’s France was better. We passed between both heading into Colmar. It was once the home of wealthy traders garbed like the gentleman I snapped a picture of in a cafe spangled with dangling Pinochio marionettes. I ordered a meat pie. Today the timber beamed homes are the best evidence of the days when Colmar was granted protection by the Holy Roman Emperor.

Later, when Catholics and protestants were busy killing one another, religious art was hidden from destruction. Now much of this art rests in a world class museum we visited. Some of the art was as horrific as the time it was painted. The museum also displays modern art even more horrible. My shoes squeaked terribly as I walked through a quiet gallery with giant dreary artwork hung on its walls. I rather enjoyed that.

Tanners once prudently built a canal through town to flush out the chemicals they tanned hides with. Glad I didn’t live downstream. They are long gone and the canal is now called “Little Venice.” 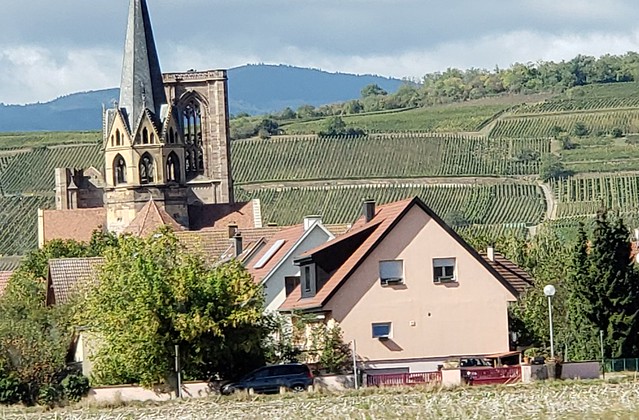 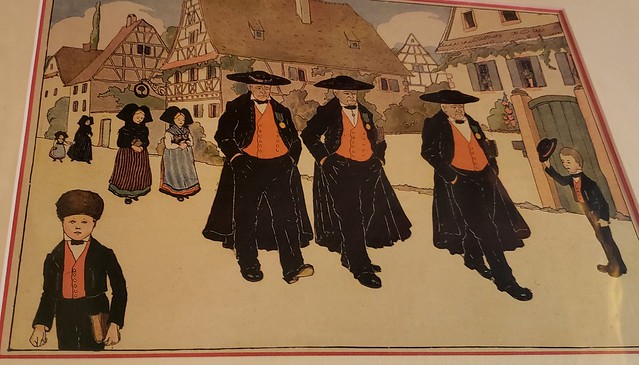 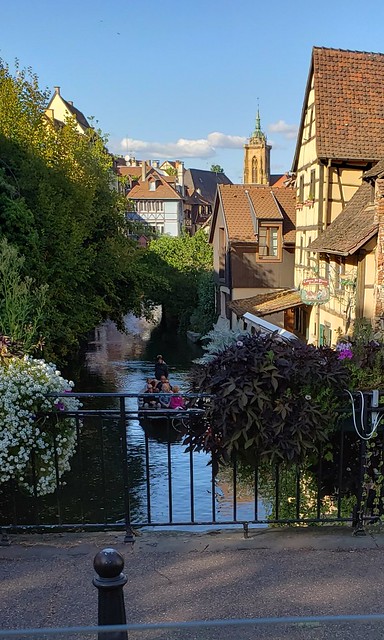 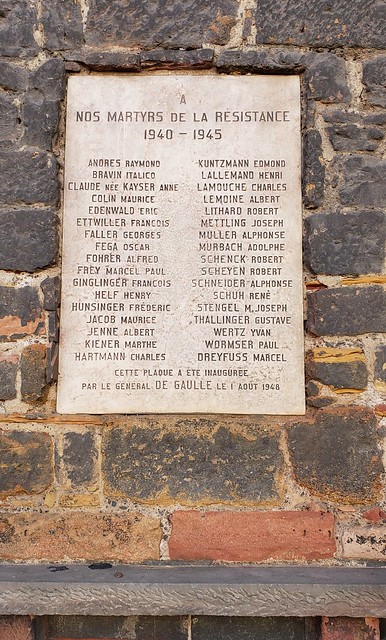 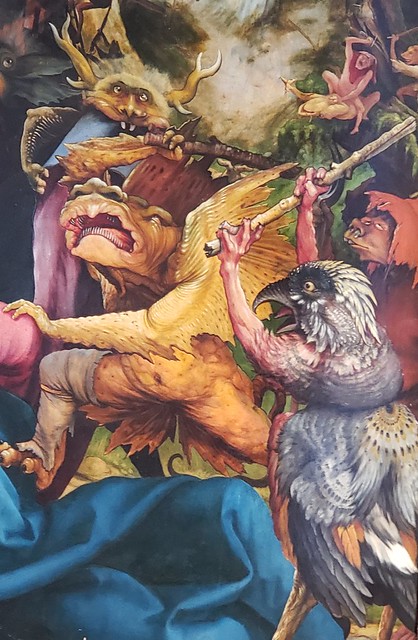