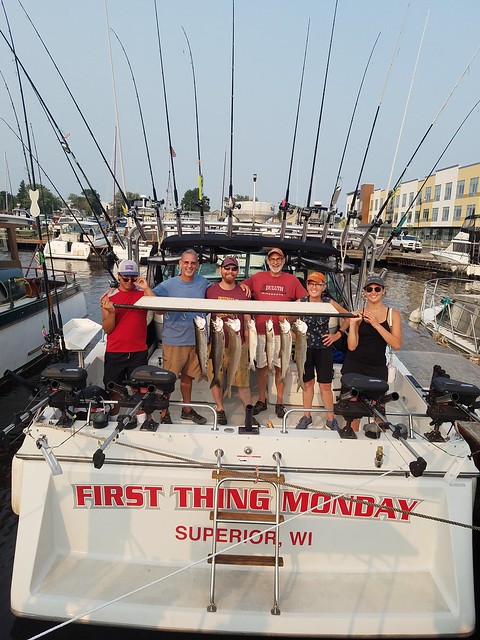 Over the past nine weeks I’ve made my case for a return to the GOP’s better angels. It cost me $300.00 to file for office and given my antipathy for President Trump’s misanthropy it was a bargain. In a couple days the folks voting in Minnesota’s 8th Congressional District will have a choice between me and one of Donald Trump’s minions, Pete Stauber. I’ve already noted Pete’s pulling back a little in the Trump department with the Duluth Tribune’s editorial endorsement in which he stressed his independence. Yeah sure. No Republican with a spark of independence has survived Trump’s scorn over the last year. They are all weak sisters and Pete Stauber is no exception.

How will I do on Tuesday?

I expect to get no more than ten percent of the vote although I might do that well in Duluth where I am better known than Pete after a quarter century of running for the School Board and making snow sculptures. But a lot of my potential supporters are either independents or Democrats who will vote in the much hotter DFL primary.

As for Republicans. The hotest Trump supporters are also the voters who are hardest to coax out to vote in a primary let alone an off year primary. As for folks who have been Republicans since before Trump, most can be expected to vote for the official Republican nominee. That’s Pete. If they are rabid pro-lifers they will certainly vote for Pete although just how pro-life Pete is, based on his campaign website’s mild official statement, is debateable:

“I support life from conception to natural death and will always be a strong and constant voice for the right to life.”

But there are dozens of questions this bland statement doesn’t address: Would Pete make morning after pills illegal? They cause “abortions” from the moment after conception. Would he opt to save a fetus rather than a gravely ill mother? Does he want Roe vs. Wade overturned? For years “pro-life” politicians have also expressed a desire to abide by the Supreme Court’s ruling. Maybe that would include Pete. Maybe not. Nevertheless, Pete will win the pro-life vote in the primary and it will be a significant share of that vote, probably at least 60% of it.

Anyone who looks regularly at my blog knows I see the world as a complicated place. Anyone who looks at Pete Stauber’s issues page can see that Pete is not running on issues with anything approaching nuance. There is no Lincoln/Douglass debate here. Its all Fox Newsworthy one liners.

I know what Pete will be doing for the next two years should he be elected. He’ll be hoping a praying that Trump doesn’t explode and spending all his waking hours phoning big contributors looking for cash to see him through his 2020 election all the while being a useful tool for Donald Trump.

Like I said, it was worth the $300 filing fee to point out the emptiness of Stauber’s candidacy. I wouldn’t have been able to sleep at night if I’d let him go unchallenged.

By the way, I’ve stayed true to my plans from the moment I filed. I’ve spent time with my family. Yesterday I had a great day fishing on Lake Superior with my St. Louis based Brother and his family. Next week, after the election, I’m going out on a pontoon to do the same with my brother-in-law down in Carlton County. I’ve continued studying French everyday to prepare for my visit to the World War One trenches where my Grandfather fought. I’ll be there one hundred years after he was shot to hell. And I’ve kept my perspective and sense of humor which weren’t part of any plan but are very much a part of my personality. I haven’t had to grovel at an oxymoron’s feet to win an election.

By the Way, if you want to catch some big fish hire Kent Paulsen of FishNorth. We came home with 35 pounds of Lake Trout even after tossing back a 15 pounder to help keep Superior’s fish stock healthy. Kent’s a funny guy. He told me he thought about naming his newest boat (we were only the second party to ride on it with him) the “Red Plan.” He also told me that he had to cancel his first two parties the day before we came on board because the Secret Service didn’t want any boats scurrying about during Vice President Pence’s visit to Duluth. At least I didn’t cost Kent any income.