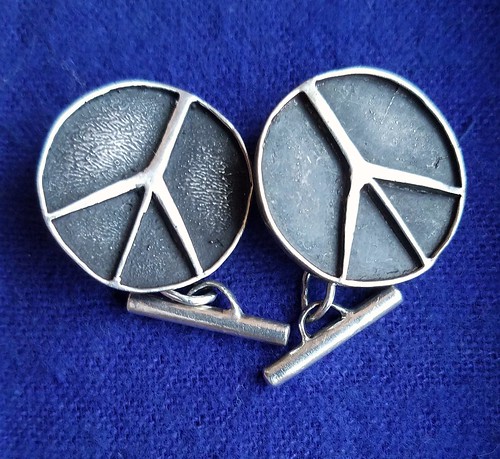 Peace sign cuff links made for me by my Uncle Frank, a Korean War Veteran.

“I just read a short biographical story about Robert Mueller III which described how he earned a bronze star and a purple heart in Vietnam. The story briefly contrasted Meuller and the draft dodging Donald Trump. It described how Trump has often joked that avoiding STD’s in the 1980’s was “his Vietnam,” and how his constant pursuit of sex marked him as very brave soldier. Both men are five years my senior and reached draft age before the war turned sour.”