I mentioned the magnanimity and solidarity of Duluth’s students yesterday particularly at Denfeld with its post-it note campaign started by its student rep on the Duluth School Board Johanna Unden. Today the DNT has another wonderful story confirming the class and thoughtfulness of our students, this time at East High. Shanze Hayee, a freshmen, found other students to join her in wearing a hijab an Islamic scarf that makes many Westerners nervous.

I’ve made much of my Grandfather, George Robb, in this blog. I’d like to share a letter I just received from his old Alma mater, Park College, in Missouri yesterday. It comes from the time following Pearl Harbor when American-Japanese were rounded up and sent to concentration camps. My grandfather was asked by the college’s president if it would be wise to enroll some of the Nisei as students during this time of war. Here is what he wrote: 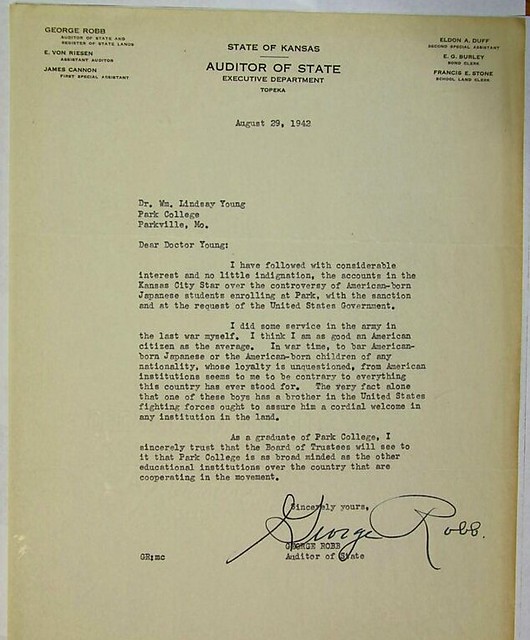 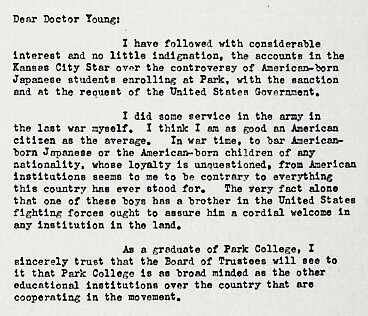