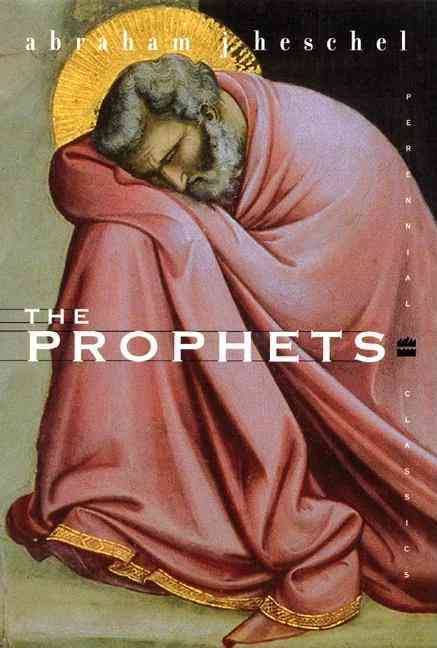 I slogged through the first six chapters of my first Prophet, Isaiah, last night. It was mostly words passing by my eyes. I’ve got a lot of prophets to read through to finish the Old Testament and if they are like the first and the longest it will be very tough.

Ah but Claudia is in her third year of studies at United Theological Seminary. I told her about it and she recommended I read the book she is currently immersed in called prophetically “The Prophets.”

Its a 600 page book so if I wade into it it will only be to nibble at its edges. Apparently its a one of its kind classic from the 1960’s written by a Jewish scholar, Abraham J. Herschel. Heck that’s longer than all the prophets together but with larger print.

Herschel calls these prophets “ethical” because they weren’t like today’s pundits…..schilling for their paymaster. As a result lots of them were persecuted for telling it like it is and asking their Kings to act in Godly ways. I guess their writing may be examples of someone other than the winners writing history.

Good. I was afraid I might be the only loser writing it.