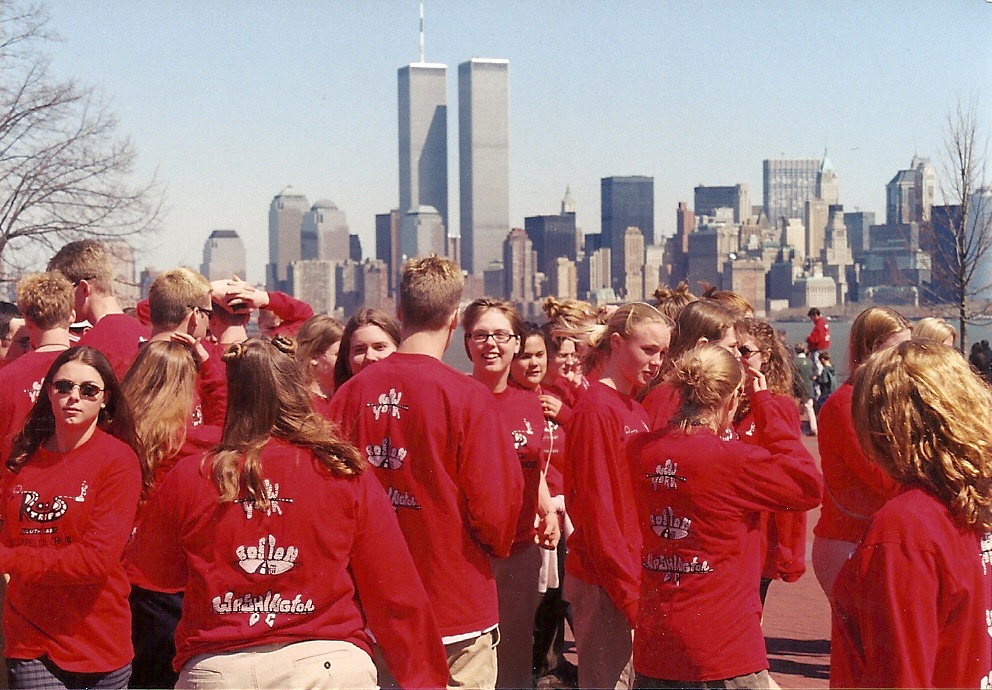 This is a heck of a picture to start a page about snow sculptures! Is it false advertising? Maybe. But its a good place for me to start. The girl with glasses just below the World Trade Towers is my daughter. I took the photo in the summer of 1998 when the Duluth East Acapella Choir was on tour. The photo was so striking that when two years later the towers were blown to smithereens I put this picture at the top of my webpage. www.snowbizz.com for the next year. I also had a link to the choir’s rendition of “Lost in the Night” with my daughter, Keely, as the soloist. She’s got quite a voice.

I’m not a typical candidate. I’d much rather say what I think than get elected saying whatever my finger in the wind tells me I should say. I’ve known for four years that the prevailing winds were all blowing Red in Duluth and that I would have to wait until the doldrums hit before I could be taken seriously with my predictions that the Red Plan would be a bloody disaster.Don’t expect me to change now that the winds are blowing in my favor.

About this picture and the world post 9/11. I read history and a lot of it. Good luck beating me in a trivia contest. Too many Americans think this event means we should fight the Religion of Islam. They are ignorant. I began teaching myself about that world when I was a high school junior and my family took in a Muslim student from Ethiopia for a year. I’ve written a little about it.

Solving our school problems in Duluth will be just as complicated. I think the School Board the Schools our children will need a sure guide to lead us out of the Red Plan’s disaters. I offer myself as that guide.

Its fitting that I begin with my daughter Keely. She got me started on an unexpected journey 25 years ago when as a first grader in our new home on the busy corner of 21st Ave E and 4th street she said to me: “Daddy, Make a snow dinosaur!”