my last post prompted my Buddy to tease me a little. Here is our email exchange:

Harry: If Abraham Lincoln would be elected in West Duluth, would you say that the GOP took West Duluth?

That is not a trick question. As was said in Alice in Wonderland , say what you mean, and mean what you say. Orwell would then approve.

OK Buddy. I’ll take the bait. The answer is that the only way Abe Lincoln could get elected in West Duluth is with Democrat votes.

Despite the joshing I actually think this is an important subject. I was asked to explain to a history class at Denfeld the differences between the two major US parties back in the 1980’s when I was still a reasonably good Republican. I explained what was still true then that there was a great deal of overlap between the parties. I used a Ven diagram to show how this worked. Imagine two circles overlapping each other. Where the overlap occurred people could either be Republicans or Democrats. Call them centrists or accomodationists or the apathetic or people without conviction or pragmatists whatever they could easily vote for some candidates of either party. On the “wings” where the circles were uncontaminated by being overlapped you had what you might call the true blue, ideological, extremist, rock ribbed or purist Republicans and Democrats who would rarely cross party boundaries.

The challenge for a historically minded analyst is to see how the parties change over time. For instance to take one very telling example there have been just short of 160 years between today and the founding of the Republican Party in 1856. At twenty years each that would be about 8 generations. Back at its founding its most single minded special interest group were the abolitionists among whom the most extreme wanted to give all black people equal rights with white citizens. Over the long history of the Republican party its lip service in behalf of black Americans never really faded from the Republican party until about 1980. The Democratic Party with its heritige in Jefferson and Jackson was actively hostile to this interests of blacks in America until the advent of a strong labor movement coupled with socialism/Marxism. That took root gradually in the late 1800’s un til the years of the Depression and FDR. Both Republicans and Democrats in the early years of the 20th Century wanted votes and at times vied for the votes of labor always mindful of not alienating the larger body of voters who were constantly reminded that labor unions were sympathetic to collectivism and hostile towards private property. Republican Teddy Roosevelt could embrace the Sherman Anti Trust Act to kill huge industrial monopolies. Woodrow Wilson could crush public employee unions in New Jersey as a Governor. The Ven Diagram of this era had a large center section.

Race and the labor movement are just two of dozens of issues that have ping ponged back and forth through the generations between two major parties (and a succession of minor parties) even before the names Democrat and Republican were carved into stone.

I’ve always struggled with the definition of the two parties names. I told the class back in the 1980’s that Republicans were more inclined to support private commercial interests and that Democrats were more inclined to support organized labor. Beyond that I’m not sure what I told them but clearly today the wedge issues that were prying the two parties apart have created a much more formidible abyss between them than my simple 1980’s explanation.

There is nothing new in my explanation that the two parties ebb and flow where issues are concerned. I recently learned of an old 1800 chart that attempted to show the changes through the 1800’s of the two parties. Another more recent one was put together for the twentieth century.

Yesterday on the PBS News Hour I watched a sophist from the “conservative” Weekly Standard magazine Jay Cost touting his new book from the Right Wing History revision factory which is currently out selling left oriented histories. 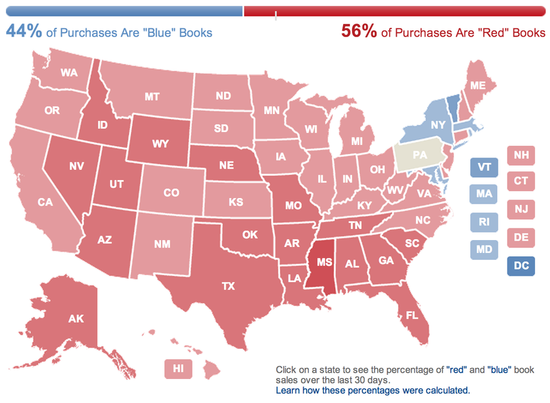 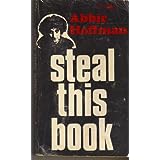 Spoiled Rotten by Jay Cost with a juvenile title a lot like the hippy dippy books of the 1970’s eg. “Steal this Book” purports to explain how Democrats lost their way. On the News Hour Broadcast Cost explained how the good old Democratic Party of Andrew (ignore the Supreme Court and exile the Cherokees to Oklahoma in the Winter Trail of Tears”) Jackson originally had a small government ethos. That’s true. It was the Whigs turned Republicans like Henry Clay and Abe Lincoln who pushed for high tax, big government “internal improvements.” that the Democrats opposed.

There is a simpler explanation for Mr. Cost’s analysis that Democrats have lost their way. The anti government Democrats became Republicans in the 1980’s after the sting of the Civil War had finally receeded sufficiently into the background and as the Democrat Party increasingly picked up on Civil Rights for minorities. It was a gradual process. 1948 Hubert Humphrey outraged Stom Thurmond by calling for the sunshine of human rights over those of state’s rights and former KKK member Harry Truman let blacks integrate into the military. In 1964 Barry Goldwater refused to vote for the 64 Civil Right’s Law and won 4 Deep South electoral votes. In 1968 Richard Nixon finessed winning over George Wallace American Party votes by calling for “law and order” in the face of inner city riots. 1980 Ronald Reagan launched his winning Presidential campaign in Philadelphia, Mississippi infamous for the murders of three civil rights workers fifteen years earlier.

“State’s Rights” Democrats became States Rights Republicans and converted the GOP to the Cause. After Reagan’s election there was a cascade of Southern politicians who made public switches to the Republican Party. Jay Cost is probably not ignorant of this. He just wants to create an alternative reality kind of like Fox News.

I’m more persuaded that the Republican Party has gotten spoiled rotten in recent years because they ruled the universe until Barrack Obama took it away from them. Even here the Republican punditocracy were their own worst enemies.

Rush Limbaugh and countless other GOP leaning pundits were effusive in their praise of Obama when he was fighting tooth and nail against the GOP’s worst nightmare Hilary Clinton. As a result no Republicans were prepared for his success and had to bite their tongues as he did the impossible getting elected President of the United States with an excess of melanin of the epidermis.

For Limbaugh and others they made a strategic political miscalculation. They were confident that a majority of Americans would never vote for a black candidate for president. Their praise of Obama backfired. Studies I have read and believe suggest that in 2008 only about 5% of voters voted against Obama solely based on his race. Had the GOP’s control of the nation not been so cataclysmic prior to Obama it is very likely the Limbaugh strategy would have succeeded. Under rosier conditions more American voters would have let their race prejudices intrude on the voting booth. But with Limbaugh and other’s accolades they set their doubts aside.

It didn’t take long for the GOP to begin taking back their praise of Obama. One Congressman shouted out “you lie” to the President in his speech before Congress. Senator Mitchell explained during the free fall of the American Economy that unelecting Obama was the top priority of the Republican Party. The problem was that making sure America couldn’t get out of the pits meant that the GOP had to further erode their own positive numbers in Congress.
Think of it as another strategic gamble. They are counting on GOP voters to stick with the party and sustain its control of Congress while replacing Obama even if it has to do so with a Mitt in its mouth.

This brings me to mind of that observation of President Washington that his critics would more interested in power than the truth. Today you might say that the GOP is willing to win at any Cost….even Jay Cost’s cynical historical revision.