I did not add any new pages to the book today but I did proof read and polish up the now eight pages from yesterday. They constitute what would be a prospective chapter 60. That took three or four hours. Combined with yesterday’s rough draft that means I spent about an hour and a half per page. That included stopping to consult other records and placing five foot/endnotes in the pages. Add an hour interviewing a witness and fifteen minutes typing up some correction/amendments and it was a pretty good day.

I didn’t stop there. After watching several PBS news shows I sifted through a tall stack of papers I’d set aside to file away later. The thickest part of the file was a two inch thick stack of notes I’ve jotted down over the past five or six years. I ripped some out of notebooks to remove excess paper and they now fit snugly on my desk. Its past midnight and I’m nodding off so I’ll leave for tomorrow one last hour or two of filing some additional miscellaneous paper to clear off some flat surfaces in the office. After that it will be much simpler to sit down and type up five and ten pages at a stretch. I hope to be doing that several times a week if not daily.

One of the last things I noticed were some ancient notes I’d jotted down at the beginning of my research six years ago. I’d made a note that Congressman Rick Nolan had supported Ted Kennedy over President Jimmy Carter and his Vice President Walter Mondale. That made Nolan part of the Democratic Party insurgency that helped Ronald Reagan become President in 1984.

I’ve come to look at Reagan as an important corrective to big government politics but I sure didn’t support him in 1980. I supported the moderate Republican Congressman who ran as an Independent candidate for President, John Anderson. His best remembered plank was supporting a 50 cent surtax on a gallon of gasoline. If he’d gotten his way US car manufacturers might not have been out-maneuvered by the gas stingy Japanese cars that flooded America from the 1980’s on.

I’d be curious to know just how liberal Nolan is. Even then I held Teddy in good healthy Republican disdain as a result of Chappaquiddick. It probably cost him a damn near guaranteed Presidency which he never could have lived up to. Its funny but I agree with those who think the stain of that scandal forced him to sober up and atone by becoming an important and serious US Senator.

I was surprised to find out just how long ago it was that Nolan was in Congress. I get email from his campaign all the time which I have ignored just as I’ve ignored Jeff Anderson’s. I should print it out and file it away for opposition research…..On second thought…I’ve got more serious things to do. 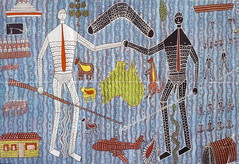