Yesterday all my efforts to connect to a wireless network were stymied. I spent the morning trying to find the townhouse where I spent the summer 34 years ago when I interned with Congressman Ancher Nelson.

I got close but since I didn’t have the address I couldn’t be sure exactly where it was. I traveled from the Cannon Office Building past the Library of Congress and headed up Independence. I took a picture of a similar locale. The two gay guys who introduced me to martinis and fresh salted tomatoes are long gone. I wonder if they survived the AIDs epidemic? Its a modest middle class neighborhood now. Near this photograph was a sculptural elephant rather like the Peanuts statues St. Paul has had. This elephant was covered head to toe with political cartoons from Oliphant my favorite cartoonist from the 60’s and 70’s. 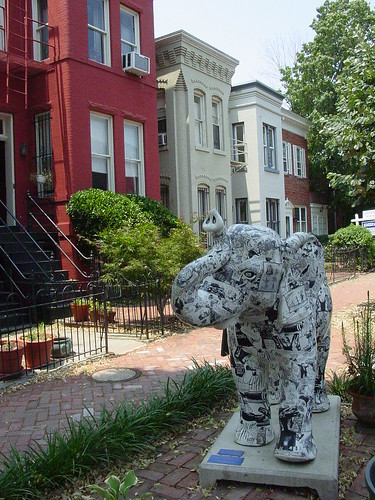 IÂ headed back to the House office buildings but stopped at the new Library of Congress annex. Seems to me they had begun excavating it when I was in DC. They had a quiet little shrine inside devoted to our forth President James Madison. 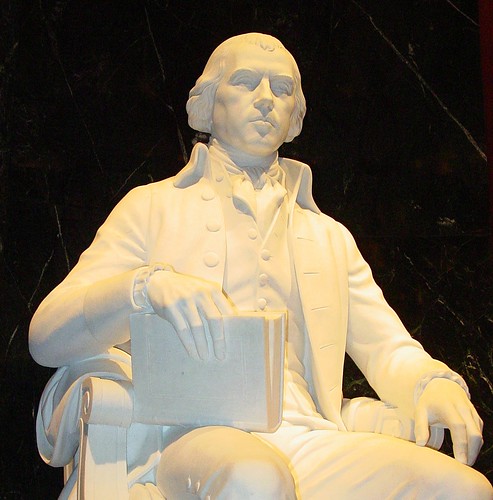 I walked in the sub basement hallway through all three buildings. In the Longworth building I looked in on the restaurant where I once sat eating a fried clam sandwich next to Congressman Father Drinan who Pope Paul ordered to quit Congress. There’s an Edy’s ice cream shop and I ordered a chocolate shake.

I walked past Oberstar’s office and took a picture. Counting coup. 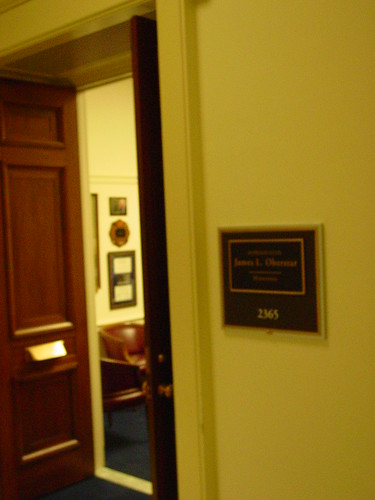 On my way over to Union Station to catch the subway home I walked past a monument to “Mr. Republican” former Senator Robert Taft son of a President. As his bell tower memorial is devoted to his veneration of integrity I wonder what he’d make of his grandson’s scandals in Ohio.

Spent the evening at a party at the Smithsonian where we were blasted out by rock and roll next to the stuffed elephants.

That’s the only kind left in Washington these days.