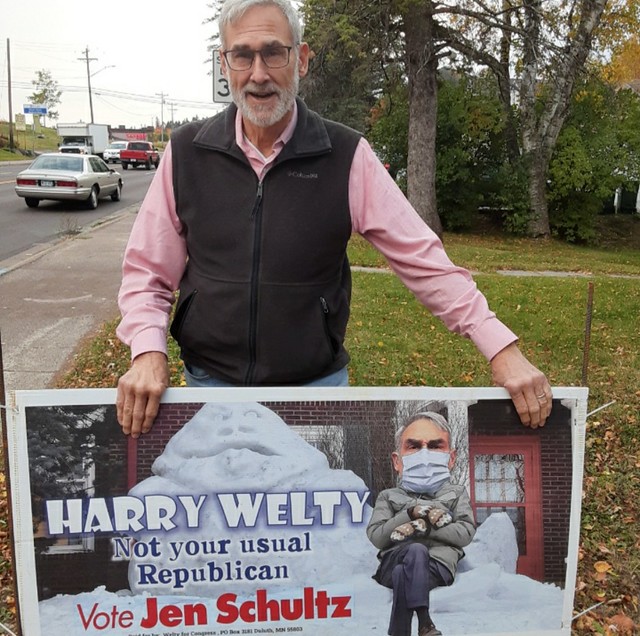 For Welty it’s a vote for Democracy not a vote for a shaky business cycle and last year’s attempt to cancel the presidential election by force was a breaking point.

Welty has applied Schultz’s name to his quirky laws signs in a bid to return the Eighth District to the Democratic column in 2022. Welty who’s campaign slogan is “not your usual republican” also made the astonishing claim that he was a “Republican who likes Democrats.” Welty explains, “If we ever want to get our nation back on track we will need more Republicans like me. The lawnsign shows Welty, a local snow sculptor celebrated for his annual sculptures, perched on one of his creations, Jabba the Hutt, in a pose many will recall Senator Bernie Sanders taking during President Biden’s cold inauguration ceremony last year.

Welty, a former Duluth School Board member and frequent candidate for public office is also a writer for the Duluth alternative Weekly, the Duluth Reader. He is releasing his column for this week’s edition to the 8th District’s media. It explains what Welty feels is at stake in this election: