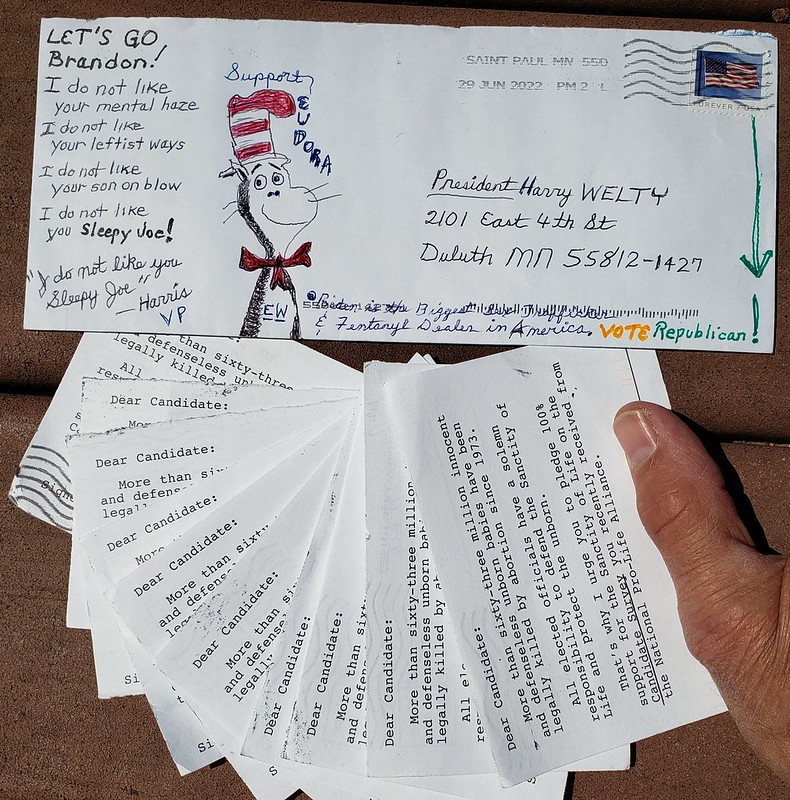 As I was snapping pictures to begin this finale to my campaign diary I decided to show some of the letters I’ve gotten from those who care about fetuses more than children although they have the two categories mixed up.

I’ll give the older folks who fill out cards for mass mailings at the end of their church services credit. They sign their names. The anonymous person with the colorful decorations to his envelope and the ode to Sleepy Joe has written me three so far. They seem to be prompted by my columns in the Duluth Reader. Its hare to argue with an anonymous person let alone ask him/her how they learned that President Biden is the “Biggest sex trafficer and Fentanyl Dealer in America.”