In the Old Testament Story of David and Goliath much is made of how different the two combatants are. But the real combatants are God vs. Goliath. No matter how big the giant was he was nothing compared to Earth’s God. God was so powerful he could take a scrap of a kid who could bean lions with his sling and take down the so called giant.

I don’t really feel like a kid with a sling shot. I feel like a kid with Abraham Lincoln at my back. Abe was a skeptic where God was concerned so its not like I have God guiding my path but at least I have respect for the Constitution. My opponent Pete Stauber doesn’t. He also has a million dollar war chest. My mailing zip code by zip code is hung up after a mere two zips out of about 180. That’s my sling shot and if I can’t refill it I won’t be able to send this damning page to the registered votes of Minnesota’s 8th Congressional District. You will note that I am beginning to put my donation button at the beginning of these posts.

It would be a shame for my campaign and for Democratic candidate Jen Schultz’s campaign if I couldn’t get this indictment and proof of treason into every registered voters hands by the day of the primary August 9th. 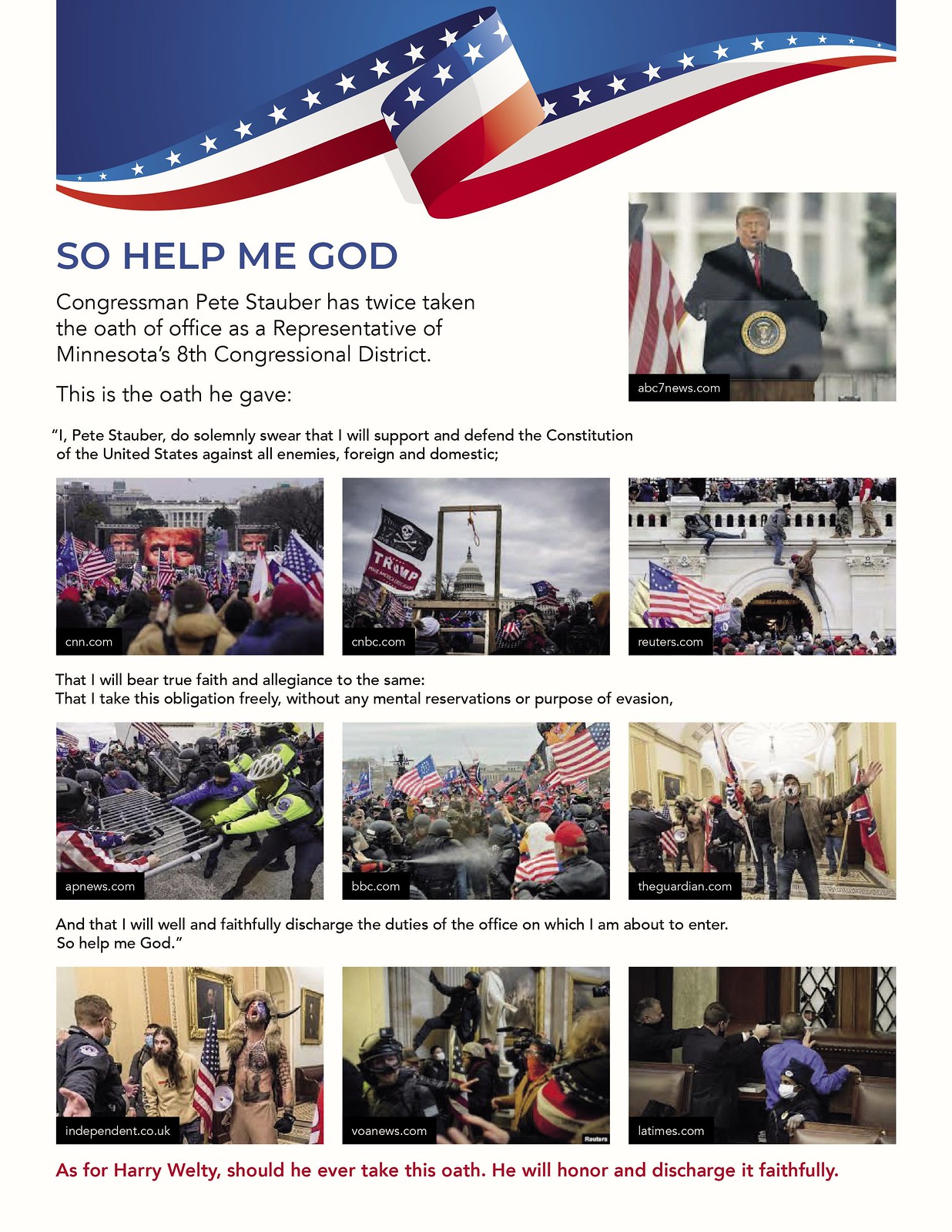 I do not have Duluth full of hundreds of my lawnsigns. I did get 25 of them up. The most important thing about trying to saturate a Duluth filled with runners for this weekend was having my lawnsigns in hand by that date. Now I need to rustle up the money to print and mail more zip codes. 800 people donating $25 each to Welty for Congress would get it done. Any readers here could copy the link to this post and share it with their friends who would like to join them in depriving a traitor from returning to Congress. Goodness knows how he will justify using inflation to support the Trumplican party agenda of forced births and blood soaked classrooms.