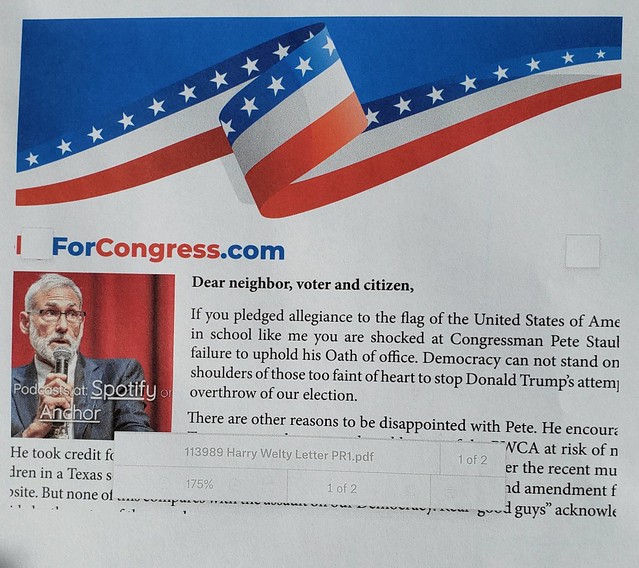 The letter I composed has been in the process of being written since Donald Trump became President and “nice guy” Pete Stauber surrendered his independence if he ever had any.

Upon rereading it I am amazed at it straightforwardness. I aim to communicate with every voter in the vast 8th Congressional District so that few votes will be spared my thoughts unless they choose to recycle it unopened. I intend to make that hard by putting this graphic on the envelope which I hope will be irresistable. 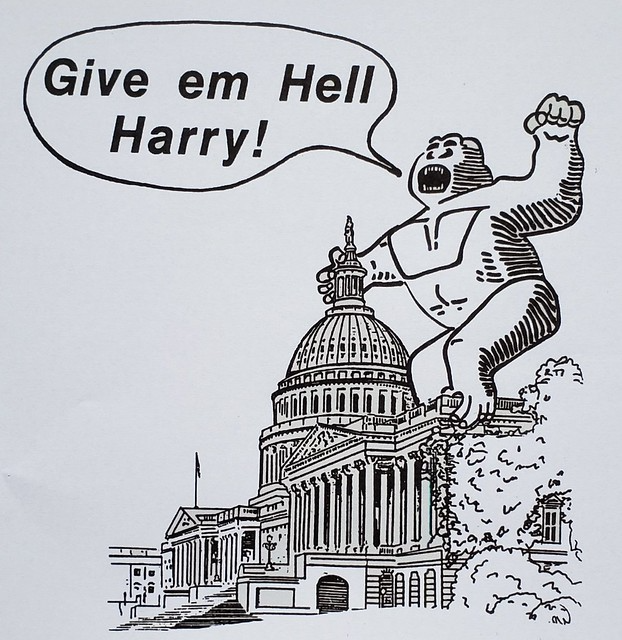 And, of course, below this will be: “not your usual Republican.”

Inside I will have a return envelope for a donation. one of my business cards. To wit: 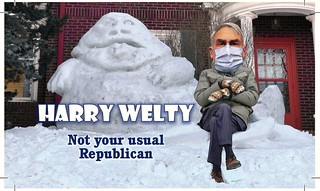 And finally, le piece de resistance the letter that I only show you a little parcel of here on the blog.

And the back page is by far the most important part because its about the vile job our congressman has done defending our democracy.

Bit by bit I will blog my way through the next 66 days of the campaign thus giving kids some framework as to how to change the intractable politics killing America today. I hope my readers will tell others about my campaign’s web presence but I can’t count on that so I will try to get this letter in every voter’s hands. Let me tell you how I hope to do it. And understand Pete Stauber has people reading my blog. I’m giving them a preview of coming attractions that only a bullet or indifference could stop. I’m more worried about the latter.

In 2009 after organizing Duluthians to demand a referendum on the now infamous Red Plan I faced having to hire an attorney for my organization Let Duluth Vote. At that time Duluth had as high a number of voters outraged by the highhandedness of our school board as Americans today are outraged by recent politics.

I dug deep into my own pockets to send a mailing out to one zip code asking for donations to pay for an attorney. My hope was that enough people would contribute so that I could pay to mail the letter to the next zip code and still have some left for an attorney. Ironically the person who stood in my way was Art Johnston. For anyone wondering why I often say that no one has ever made me madder in my life than Art …. that’s the heart of that conflict. That I came to defend Art five years later when he was railroaded by our vile Administration can be explained by my refusal to hold grudges. On the other hand I never forget the past either. When I asked Art to nominate me at the Republican convention so that I could speak he chose not to……It turned out he couldn’t do it anyway but that stung. I gave Art $20,000 for his attorneys when he took the School Board to court as he should have. It was given without strings but we had an understanding that if the board ever saw fit to reimburse him for his legal expenses some of that reimbursement could come to me. The Board had no intention of reimbursing him but he pursued his grievances in Court and got something like a $40,000 settlement to settle “out of court.” I reminded him that I hoped to get a little something but he had evidently spent enough more on attorneys that he decided he rather not.

Well, I didn’t expect to write about that…..but I’m glad I did.

So I am doing what I did ten years ago again. I’ve dug into my pocket to mail out a letter starting with my neighbors in the 55812 Zip code area. If I have worn out my welcome in my own back yard or convinced my neighbors that my unorthodox politics are of little value I will not raise enough money to mail my letter to a second or a third zip code. That will be the end of my campaign and I can focus on writing books and spend more time learning French. But if at every mailing enough comes in to finance my campaign through August 9th my indictment of Pete Stauber will find its way into the hands of every voter in the Eighth congressional District.

Stay tuned for more of my eccentric campaign here and if you are at all intrigued with my attempt to get one more Trumplican out of Congress push the send button below to help me do it. 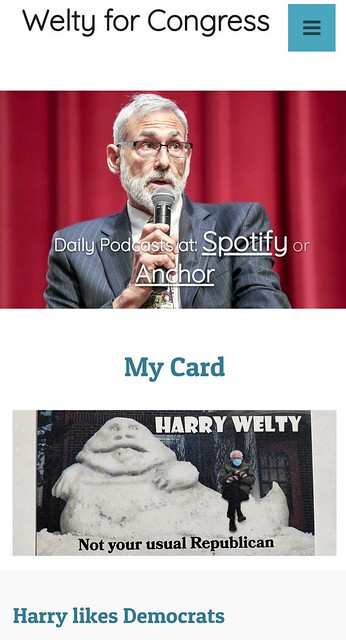