I’ll write this post for tomorrow but not now. 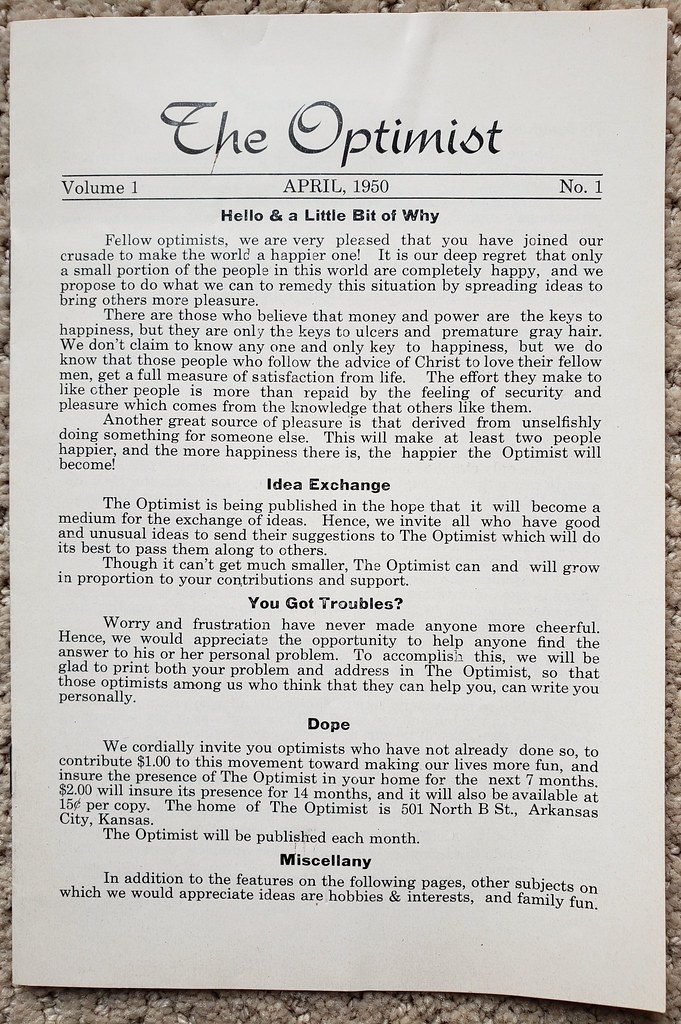 In April of 1950, just days after I made the journey from egg to ovum my Dad took $500 he’d gotten in military separation pay and invested it in a magazine called the Optimist. You can read about this inception in his optimistic first paragraph. The Optimist sold three copies. So much for the separation pay.

And yet my Dad would be the first to say he had a very good life. He was an optimist to the end and a few years after his death I wrote a book in hopes of using it to finance a Congressional Campaign. I spent $5,000.00. I sold about 250 of the 5,000 books I had printed. It was not enough to challenge the incumbent Congressman. In my book’s first pages I wrote this dedication: “In Memory of ‘The Optimist’.”

My Dad’s now empty red Captain’s chair was mentioned in the early chapters with him, as he was then, recently departed.
Most of the unsold books long ago enriched Duluth’s landfill.

And yet, despite my adoption of the very grim new tagline about the end of the Earth I believe it can be, if not will be, stopped before the world becomes unrecognizable. So, I’m with my Dad. But “knowing hope” isn’t enough. Optimism must be earned through hard work. And to that end I may not be finished with the project I set forth in 2006 with the publication of my book. But my fear is of long standing. Witness the next post.