Here is a small portion of my text conversation with my French pen pal who is helping move a friend out of an apartment today. My wife always tells me not to joke and joking in a Foreign language that you are not good at is especially fraught…….fancy word for iffy.

The movers were not well prepared and I said it was too bad I couldn’t offer her my dolly. That led to her to ask me what “dolly” meant and then explained it wasn’t a poupee (doll)

Ma Amie: “Do you know what they are called in French?”

Ma Amie: “That, it is called a devil. I prefer a dolly”

Moi: “Its also called a ‘hand truck’ in English”

Moi: “It’s how Trump got out of the White House.” 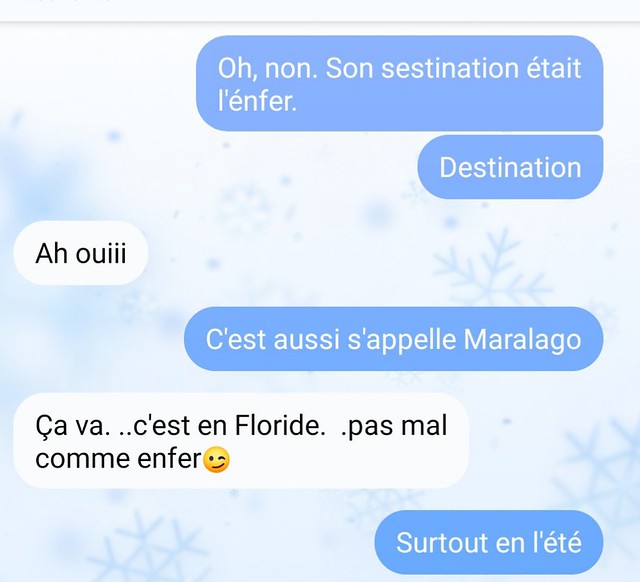 Moi: “Oh no. His destination was Hell.”