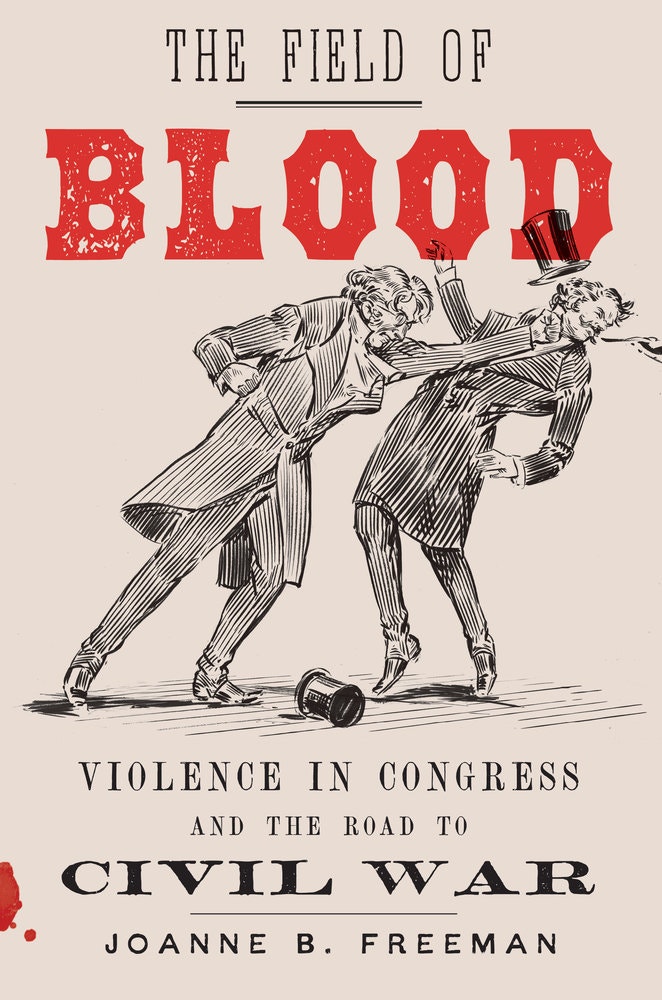 I bought some file folders today in my ongoing plan to organize my office and I’ve been going through old unfiled emails that go back ten years ago which was the last time a computer glitch erased all their predecessors. I purged about 500 emails today but have been combing through the rest that, for one reason or another, I could not bear to throw away previously. They were links to book review. I hadn’t read the first until today. It was about the last million refugees of World War 2 and what became of them. There were parallels with today. That was also true of the book Field of Blood.

This book bears more attention today after President Trump provoked an attack on Congress that was so egregious that even Mitch McConnell signaled he might vote to “remove” Trump. Not to worry. All the Republicans who detest Trump have been reminded that he has them by the “short hairs”. Now they are being nice to him so that they are not burned to death in the next round of Republican primaries two years from now. Most Republican voters say they would follow Trump out of the Republican Party. Its thin ice or sink for Congressional Republicans.

Field of Blood’s author borrowed heavily from America’s most honored and least read diary. Benjamin Brown French kept what is now an eleven-volume-diary between 1828 and his death in 1870. French, worked on Capitol Hill and recounted over 70 vicious attacks on Congressman in the run-up to the Civil War:

“Between 1830 and 1860,” she writes, “there were more than 70 violent incidents between congressmen in the House and Senate chambers or on nearby streets and dueling grounds, most of them long forgotten.”

The author maintains that South’s code of conduct required them to pay back the mildest insult with violence. This echoed the book Albion’s Seed which I nibbled at twenty years. I only read its section about the South which maintained that this same code can be found today in, among other places, the black inner city kids with chips on their shoulders. I suspect it holds true for militarized confederate flag waving Trumplicans who have more trust in violence than God to keep them safe. Pity the poor, fearful Republican Congressman.

Where did this thin skinned retaliation come from? Albion’s Seed said it came from the southern planters who were the defenders of Catholic King Charles. The brave but dandified, feather wearing, Cavaliers sought refuge in Maryland when the King’s head was chopped off. The Puritans of Cromwell’s Age were happy to see them off to distant Maryland and their penchant for feuding over the slightest insult spread throughout the plantation society of the entire South. That penchant is now the Neo-Republican Party’s legacy. But today, instead of dueling pistols most Republican families can afford armories of semi-automatics. Their Bible is another book – The Turner Diaries.

I’m glad I looked through my old emails rather than deleting them in one fell swoop.