I won’t vouch for the accuracy of this Facebook found story of the Confederacy’s flag but I suspect its true. In any event, in my 69 year experience the naval flag everybody today is familiar with has been the symbol of the “lost Cause.” Whenever this flag was resurrected it became a new cause – the cause of, as George Wallace put it, “Segregation now, segregation tomorrow, segregation forever.”

How has it motivated some people? Well here is a charming example of cheerful white southern college students standing beside a trophy they shot up at night not long ago. Its the memorial marker for the the fourteen year old Chicago boy, Emmit Till, who was murdered for not hiding his appreciation for the beauty of a white store clerk in Mississippi back when I was a kid too: 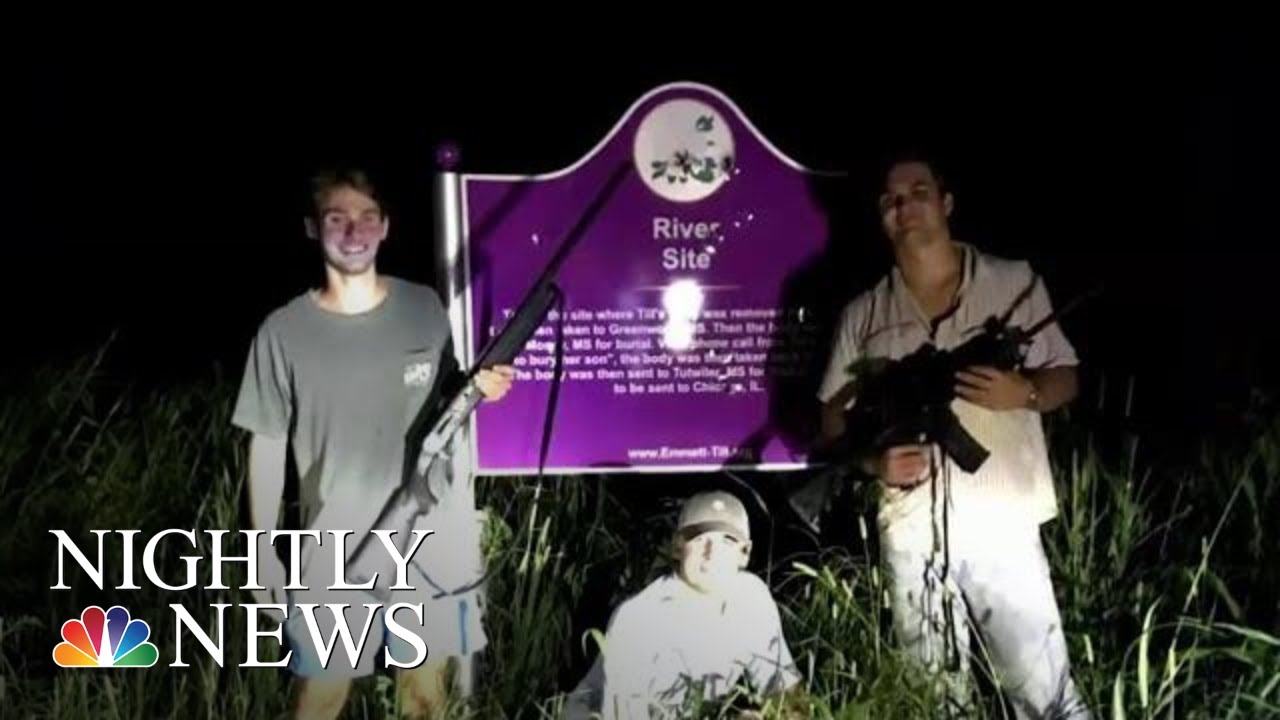 His Mother was so angered by the brutality of racism that she insisted on an open coffin at his funeral back in Chicago so that everyone passing by Emmit’s body could see for themselves the brutality fomented by the stars and bars. 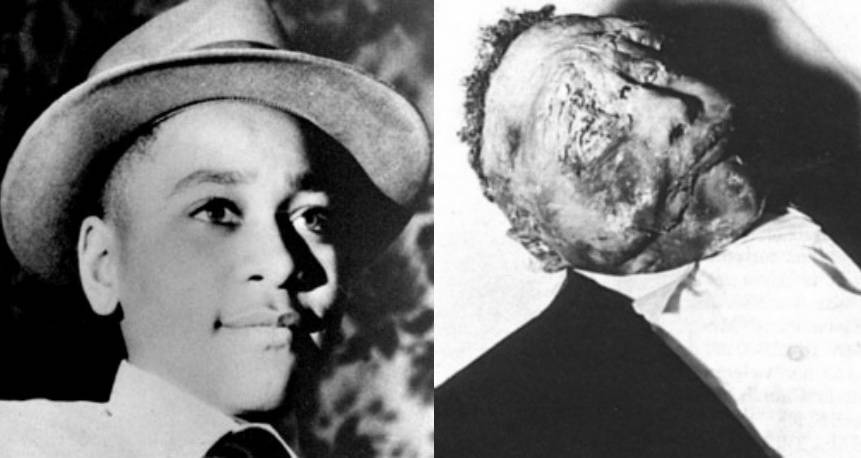 Remember that the next time you see a white militia member holding a semiautomatic to protect the statue of some old slave owner.