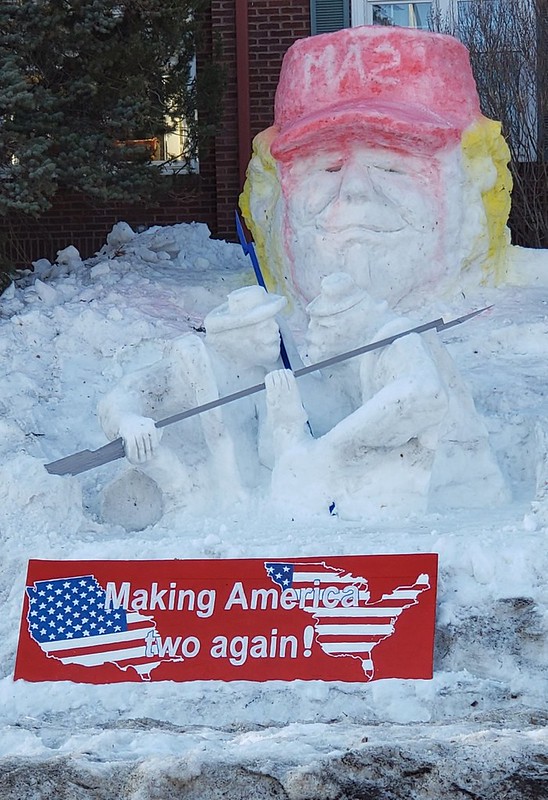 I haven’t had the best of luck with snow sculptures that would bug Republicans. My Bill Clinton had his nose punched off back in 1992. It was fixable. Last year my Baby New Year had his head pushed off. That wasn’t worth fixing. Today a good Democrat walked past my house and asked me if I wasn’t worried that someone would vandalize my work. Naw I said. Lots of Americans have died for our country and I didn’t think having a snowman pushed over was that big a deal. Besides the sun will get it soon enough. My backyard thermometer read 48 degrees a few minutes ago.

Lest anyone think my sign makes too big a deal out of Donald Trump’s relish in dividing Americans the NPR story I heard as I picked up my shovels, before ending my day’s labors was about Oregonians who want their part of the state to be joined to Idaho.

Its ironic that the Party of Lincoln, who’s greatest claim to fame is saving the union, is now run by an angry todler upending a century and a half of national unity.