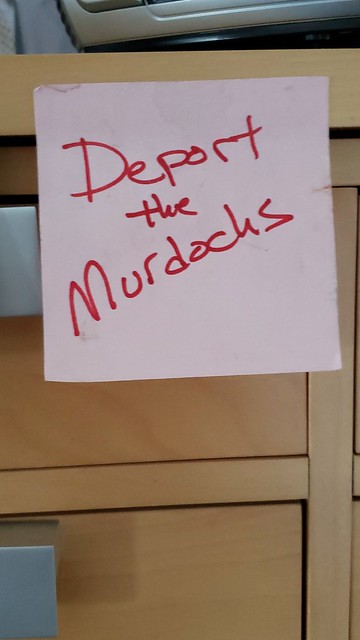 Since President Trump has gotten his worshipers whipped up about deporting our problems it occurs to me this may not be all that bad an idea. I’ve resented the Foreign Murdoch family’s efforts to make money by pissing off Americans and dividing us for years. I’ve mentioned them several times in the past in my blog. Forty years ago I was eager to see Rupert’s infamous page three when I visited England for the first time. Like Mr. Pinkers, who owns the National Enquirer that blackmails celebrities, the Murdochs are heroin dealers of fake news and opinion……except the opinions aren’t so much fake as addictive. I say deport the bastards back to Australia with that nation’s crumbling environment which their Aussie papers have done their damnedest to ruin for nature and the human population!