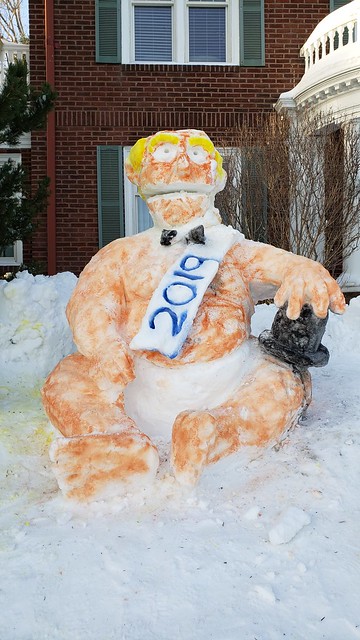 For those new readers joining my “eight loyal readers”……

I’m no Mark Twain. I’m no David Brooks. I’m not Sam Cook. (Duluth News Trib readers will know who he is…..although we’ve been confused for each other on occasion and we were both born in Kansas)

I’m a fellow who is addicted to knowledge (In high school I learned about Faust and his bargain with the devil to become omnipotent) At about the same time I clasped Socrates’s maxim to heart – “The unexamined life is not worth living.” I’m a politician, a teacher, and a writer and I won’t shut up in any of these endeavors. And furthermore, in all of these endeavors I’m guided by my addiction to knowledge and my daily fight against ignorance……especially willful ignorance….such as…..“I know you may be right but I find you so annoying that I’ll be damned if I’ll admit it” ignorance.

In this I am right behind the next generation of young people abandoning the Republican Party. I have far more faith in them to protect my grandson’s future than the Alzheimers Network’s (Fox News) voters. The GOP’s favorite media lives by the same dim witted mantra as Donald Trump. “If Black Lung is good enough for West Virginia its good enough for America.”

Before I return to my message to new readers just let me mention one more Trump Era excrescence (that’s a fifty cent word for shit) Australia which is being hit harder by Global Warming than any other part of the Earth than the poles and killing off the extraordinary Great Barrier Reef just elected a Trumpian who wants to ignore the enviorment and sell more coal to China. How is China going to use this bounty. Its about to build 145 coal burning electrical generators in African and Asian nations even while China is shuttering its own coal-fired plants that made its capital the smog capitol of the world for the last twenty years. There are no words for such folly.

I write to be noticed. I write to win elections. I write to win hearts. I write to make people think and just maybe to show off 68 years of accumulated wisdom and knowledge. I try to write with some with and good cheer. The topics, being all to tangled with human ego, are not necessarily funny…….certainly not planetary extinction.

So, yesterday I had over 10,000 pageviews. I presume that’s largely because I put lots of links to previously well read posts. I’m adding more. The Trump ignoring editors of the Duluth News Tribune are a little sensitive about my criticism. I don’t know if they will be willing to endorse me. I don’t think its much of a problem if they don’t. BUT…..I have my work cut out for me this year. Two years ago I was not reelected to the Duluth School Board by a ton of anguished voters who thought by voting me off they were rescuing Duluth from Donald Trump. Ignorance is such a bummer. Curing it takes daily, hourly work.

And my beef isn’t with the Reporters of the Trib. Heck a couple days ago one of the reporters who covered me on the Duluth School Board gave me the friendliest call out as she drove by my front lawn. Nope. Its the poor editors under the thumb of a Koch-like media operation. They find me prickly.

10,538 pageviews means I’m not dependent upon the editors of the Duluth News Tribune to explain how crazy I am. I can do that myself just fine…..thank you very much!