I intend to provide it but not tonight. I’m bushed. 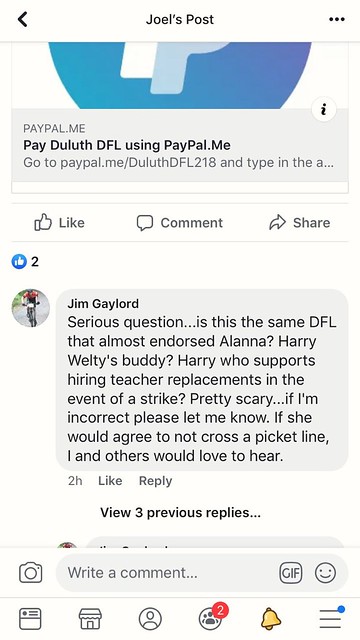 Well, Well, Well. Someone has a sense of decency. This was taken down not long ago.

As I went about my business over the weekend I gave this post a lot of thoughts which now, apparently, no longer need much elaboration.

I will, however, enumerate a couple starting with this observation. Such posts are designed to undermine. Two years ago I endured two separate Facebook attacks which I felt had to be addressed. I replied to one such attack and the owner of the Facebook account removed my comments. The other Facebook attack was hidden behind the curtains of a group that sealed itself off from a general audience.

As for this since deleted attack it was based on guilt by association. Alanna, my former student who as a parent stuck her neck out to criticize the District as it shortchanged western Duluth students was reduced to being my buddy. My crime of not promising to roll over and play dead in the event of a teacher’s strike in a Union questionnaire was attached to “my buddy.”

All Alanna had to do was show that she answered one question on a Union questionnaire the opposite of me. She did. The accusation of being associated with me was withdrawn. That’s just as well because the fellow running against Alanna boasted that he had been the campaign chairman of two school board members who have caught hell in the last month. That may be an even worse association.

What was the question I gave such an unpardonable answer to? Now that the post is down I’m not sure anyone cares but… if you do. 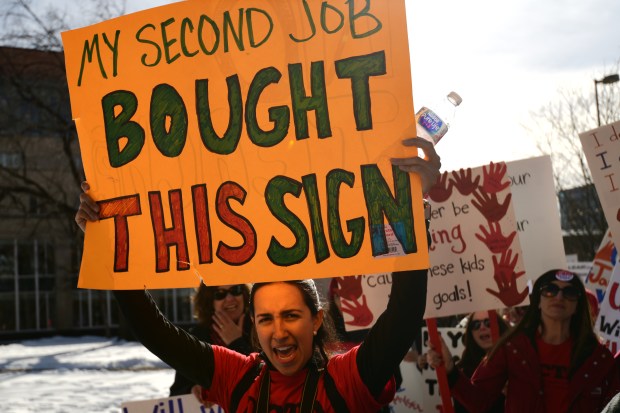 If there was a teacher’s strike would you promise not to hire replacement teachers?

The teachers union didn’t ask this question most likely because they didn’t worry about it but the AFL-CIO did ask. I answered truthfully that I would not make such a promise. Its ironic that I was following my father’s instruction in his Business Law class at Mankato State College. You see my Dad was the president of the Faculty union. He represented Labor in contract talks. And yet he taught his students how the process ought to work. There are two sides. Labor and Management. When I did a lousy job negotiating for management in an exercise he assigned for one third of our grade he damn near had to give me a C in his class which would have embarrassed him to tears.

I gave away everything to the Union. I still remember him holding his head in distress as he looked at my great give-away. To say I didn’t have a head for business is putting it mildly. I only took this one business class because I wanted to sit in my Dad’s highly regarded class. You see, I was strictly a liberal arts kind of student. Business? Not my bag.

The situation in the Duluth Schools is that most School Board members don’t realize they are management. They can’t even manage their only employee the School Superintendent. As for teacher contract talks? Our school board prides itself on taking the teacher’s side even though to all intents and purposes state school finance law puts a ceiling on how much school boards can pay their teachers. There is only so much they can give teachers and the only way to pay teachers more is to lay off some teachers and spend their earnings on the remaining teachers. In Duluth this has been compounded by a previous school board which chose to divert ten million a year from teachers to pay for the Red Plan. We can’t raise any more money without a levy referendum above the maximum property tax level which we are currently at.

As a practical matter there are very few teacher’s strikes. I was on the Board for one of the very last threatened teacher strikes in 1998. I helped diffuse the strike tension when I stepped down from the Chairmanship of the School Board. The strike talk blew over.

If today there was a teacher’s strike there would be nowhere near enough teachers to replace all striking teachers. Answering “Yes” to the question would have been easy because using scabs would be pretty useless under these circumstances. Furthermore, life for a scab is pretty terrible and a temporarily staffed school is a really rotten place to learn. BUT. It’s true. In the event that 8,000 Duluth families found their children out on the street I would do whatever I could do to make sure they had schools to go to. I plead guilty.