I haven’t figured out how to upload Facebook videos to my blog. This one came from the Historical Center named after my Grandfather. My Mom saw to it her maiden name became my middle name Harry Robb Welty. In response to the video I shared it with the following thoughts

After the Great War the largely white officer corps was happy to award white combatants medals for their heroics. And minority warriors? Not so much.

My Grandfather was awarded the Congressional Medal of Honor. He told his daughter Georganne, my Mother, that he thought it was “politics” that got him his award although his commendation makes clear he had certainly acted above and beyond the call of duty. Furthermore, he took pains for the rest of his life to make clear that the African Americans he commanded were every bit as brave, if not more so, than any other soldiers. One of them, about whom he reported extensively, is now also being reviewed carefully to see if he too should have been accorded more consideration for a higher honor, perhaps even the Medal of Honor.

Park College has taken my Grandfather’s view to heart. I can think of no higher tribute in these uncertain times than to look back and make amends for the past. Park College’s efforts are a national treasure 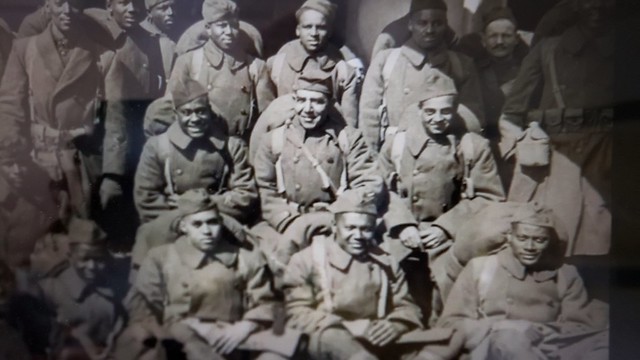