After delivering Grandsons to school I spent much of the morning with my head in the New York Times and the DNT. Additionally, a Facebook post on the Choctaw Indians got me into some online research. One of my grandsons has a smidgen of Choctaw and Chickasaw in his lineage. In fact, his name is from an Indian forbear four generations back. So I found a more thorough article on how and why the Choctaw Indians, still in shock from having been sent on the Trail of Tears march to Oklahoma, managed to raise today’s equivalent of about $7,000 and sent it to the starving people of Ireland during the potato famine. Here’s the full story.

My Grandfather’s family left Ireland half a generation after the famine. Earlier this year I began reading a book about it to better understand what my Great Great Grandparents had witnessed. Sadly, I set it aside because other things caught my attention. I do plan to get back to the book. Its called The Graves are Walking.

Sadly we live in a nation that is stripping children from their unwelcome families and locking them away. The Irish remember the gift of their surprising donors and fellow forlorn benefactors. Today they honor the memory with a sculpture called “Kindred Spirits.” 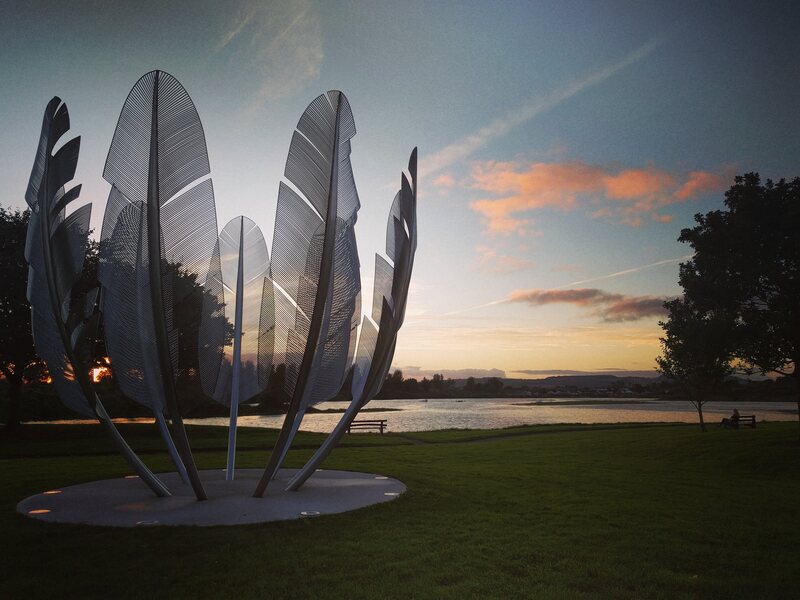