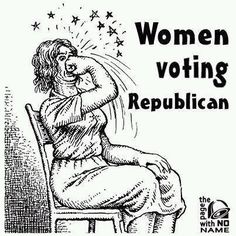 This image, which I understand, was one person’s response to the following Facebook post about a planned vote for Bill Weld in the GOP Presidential primary:

I like all but one of the Democratic presidential contenders.* My favorite is Klobuchar. But since I think she has little shot at winning the nomination, I have just about made up my mind to vote in the Republican primary instead of the Democratic primary next year, and vote for Bill Weld. (*Gabbard is Trump-lite)

I know Weld is extremely unlikely to beat Trump for the Republican nomination (though can you imagine if he did?!) But I think Trump will be wounded in the general election if he comes out of the primary with only, say 75% of the Republican vote. Anything less than that and he would look like a sinking ship, from which rats would begin to flee.

Bill Weld was the Libertarian Party’s Vice Presidential nominee in 2016, and was formerly the Republican governor of Massachusetts — a blue state. Weld believes in low taxes and deregulation more than do, but he is also a believer in women’s rights and LGBT rights. He understands the threat of climate change.

And this is the way he talks about Trump…

I of course sympathized with both posts but I stuck up for the tactic laid out with this comment:

Re: the ethics of voting in “the other party’s” primary.

The GOP has gerrymandered, vote suppressed, put Kavamaugh not Merrit Garland on the Supreme Court and elevated an amoral, lying, narcissist to the Presidency. The GOP worked hard to make all this possible through the rule (or misrule) of law. Compared to all this, the legal right to vote in the primary of your choice in order to disrupt the other party in its depredations only makes sense.

That’s what I’ll be doing only in my case I will be honoring the memory of Republicans like my father and grandfather…long dead.