I got another email “letter” from Donald Trump telling me that if he’s elected there will never be another mass shooting in the US again by a conflicted, self loathing, gay Muslim, who supports both Isis and their bitter enemies Hamas unlike the traitor and non-American infiltrator Barack Obama. (OK, OK, I’ve taken some liberties with his wording. He wants more money anyway since he’s reneging on his promise to self fund………Yeah, yeah, yeah, he didn’t say that either.)

Its the first time I’ve read one of his emails but I was struck by his signature at the end. It looks like a seismograph’s reading of an earthquake. How apropos. 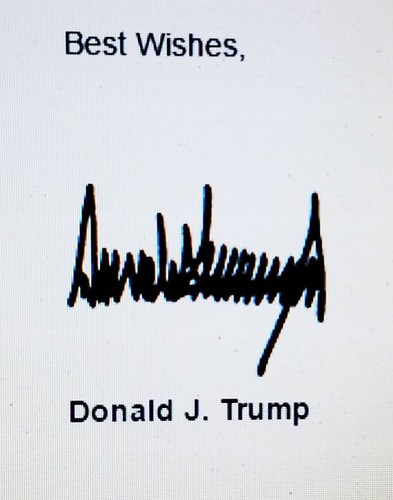