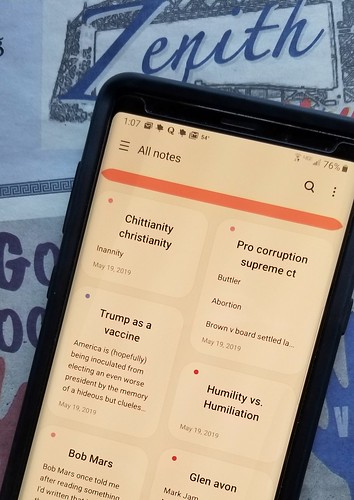 The only writer’s block I ever suffered from was when I was afraid to write. My guide for this was the old maxim: “Better to remain silent and be thought a fool than to speak out and remove all doubt.” In checking for the source of this quote google attributed it to my hero Abraham Lincoln although I also saw that Mark Twain might be a possibility for another attribution. So before I launch into the meat of this post a couple stray thoughts.

1st. In my case I had lousy handwriting which I used to disguise my poor spelling. When I was young I felt that spelling must be the proof of intelligence and as a poor speller I didn’t want to show my shortcomings by writing. What I had yet to learn was that the key, at least for me, to confident writing would be editing, editing, editing. Ironically, I was the “pronouncer” at our regional spelling bees for about fifteen years running.

2nd. Abe Lincoln, now famous for his literary skills, gave the public plenty of literary ammunition to confirm his foolishness. Perhaps, like in my case, this was a result of his extreme self consciousness about what he felt to be his impoverished education.

If anything when I stop writing here in the blog it leads to a build up and bloat of ideas. Its more of a shock than a block. To remove some of the Lincoln-like clutter, (He kept notes in his hat) of paper scraps, I now dash off ideas in my cell phone’s messaging ap. I lost hundreds of these notes when I replaced my phone nine months ago but in my new phone I’ve got several hundred new ones. Some of them may find their way into my future writing.

Over the past two weeks I’ve had about seven ideas for a new Not Eudora column that have made it to my messaging ap. I’ve chosen to write about space today for this week’s Reader. At the end of this post I’ll share the notes I may use in cobbling together today’s column. The deadline was moved up a day for the beginning of the summer run.

If I get it written I still hope to write something about my empty “baby killing” post from a couple days ago. Its no longer just me. Dim but self righteous Republicans are rousing a great sleeping beast with all their recent posturing about saving rape fetuses. Heaven forbid that future Supreme Court justices lose the children that they tried to impregnate their victims with.

Here’s the raw ore for today’s column. I hope I can refine it into something thought provoking: NOTE: I’ve made no changes. This is what my hastily written notes look like at 3 in the morning when I roll off my pillow to tap them into my cellphone

The final Frontier
Science age of universe off by one million years.

Life as a pyramid scheme
There is only one spaceship fit for humans
And we are all riding on it.

Republican vs. Science debate
We don’t know but we don’t believe scientistsb
Evolution proceeds at the speed of generations
Earth abortionists

God created us in his image Numnuts
Carbon….Plastic

Better hope evolution works ans just as some critters gut bacteria evolved to eat cellulose….so.e will evolve to eat plastics.
I can’t help but wonder how we could bring dinosaurs back to life without also bringing their gut flora back to life as well.

Stingyness is the most wasteful thing about republicans. Violates the parable of investment.

Descendants of the Earth back tyria may colonize most of the milky way Galaxy in years to come but if they do so it will be at the speed a walking.

The bacteria of other planets in the milky way may have something to say about this .
In the meantime the most sentient creatures of Earth have to decide whether or not they wish to behave like chickens in an industrial sized hen house or something more uplifting.