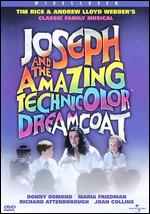 Tired of Duluth and of winter I happily signed on to hop in my daughter’s car for an overnight jaunt to the Twin Cities with my grandsons. We weren’t fussy and looked for some theater we could take the boys too. They’ve been in some local musicals lately. The Seminary at St. Paul’s St. Thomas was putting on the Andrew Lloyd Weber musical about Joseph.

It was great and the students played themselves as collared student priests studying the Old Testament before they transformed into Joseph’s jealous and murderous older brothers. Never saw so many religious collars at one time.

The following morning before the latest weather bomb was supposed to smash a blizzard into Minnesota we went to the Science Museum. We went to check out a big roaming exhibition on the history of electronic games. We spent a good four hours playing them.