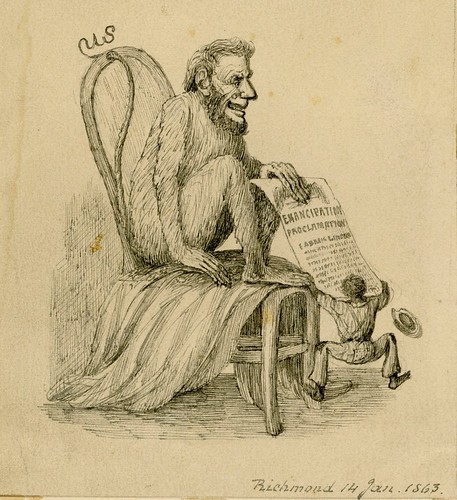 If so, send my old campaign donation button a little cash. I just spent $30 to “pay” for a “political ad” to the Fargo Forum’s flagship the Duluth News Tribune. Like obituaries, letters-to the-editor are now a cash generator.

I first sent my letter to the editor, Chuck Frederick. He sent me to a Forum website for “advertising.” Heck, there are a lot more Forum newspapers out there who are endorsing Trumpets and the “ad” I wrote could be put in each of them every day from now until the election. Its too much for me to cover by myself but if the money rolls in it might help keep more Trump supporters from the Congress. I’d like to think his possible voters are troubled by his lies and his pipe bombers.

Here’s what I sent in for Sunday’s Duluth News Tribune. You could help me send more:

My hero was the founder of the Republican party, Abraham Lincoln. He was famously honest and good humored. He was also famously ugly and his enemies drew cartoons of him as an ape. I wish the Republican candidates endorsed by the Duluth News Tribune were a fraction as decent as he was.

Republican US Senate candidate, Karin Housley, wrote on Facebook that the Hollywood chimpanzee Bonzo had better posture than Michelle Obama.

The Tribune’s endorsed Attorney General candidate, Doug Wardlow’s former boss is the attorney for the clingy Keith Ellison girlfriend who claims she has a video of him dragging her off their bed. The New York Times, unlike the Duluth paper, blew this Republican excrescence to smithereens but the Trib has yet to exonerate the falsely accused and non-endorsed Ellison.

And the Tribune’s endorsed Congressional candidate, Pete Stauber, has been lauded as a nice guy. However, he hasn’t been nice enough to call for the removal of the vile ads his rich allies have plastered onto Facebook and the airwaves, turning parking tickets into pipe bombs.

If the Duluth News Tribune succeeds in helping Donald Trump’s pipe bombers retain control of all three branches of the Federal government they will get no sympathy from me the next time President Trump calls them “fake news.”