The 26 pics I’ve included may bore the pants off of my readers. They show the quiet countryside of a sleepy part of France. Sechault, my destination, is nothing to write home about. But these farms would have looked very familiar to my grandfather raised on a Kansas farm who got a college education in Parkville, Missouri, where the student did hard labor on area farms for their education. Only at the front was it hell paved over with corpses and blood.

I took pics of the signs to match against better maps later. Much of the landscape is just yards off the path the 369th infantry took north beginning September 26 until they were relieved in early October with about half their men dead or wounded.

In Sechault George Robb lasted a day and a half with three wounds before he was ordered to the rear on Sept 30th. He had spent the days before fending off machine gun emplacements at the north of town which shot anyone moving in the streets. When forced to retreat the Germans set up shop in forested hillsides north of the village to wreak more havoc on the allies trying to take the forests.

We discovered a German military cemetary a short walk outside of Sechault. It had nearly 7000 graves. Of the 4000 known casualties about 30 were Jewish. When the nazis took France they left these graves alone. There are hundreds more German cemeteries like this as well as for others nationalities along the hundreds of miles of trenches. Its fitting that in the poisoned landscape the French have set aside military reserves. Military vehicles drove by constantly and helicopters shadowed us everywhere.

Claudia spotted a fox hunting mice in a field next to the cemetary and we stopped to take a group pic of some bovine neighbors as we left . Roosters and cows serenaded us all the time we were in Sechault.

We ate lunch in Vouziers in former German occupied France then spent an hour searching for a gas station that would accept our credit cards. We found a tasty way to settle down after we got back to our hotel. 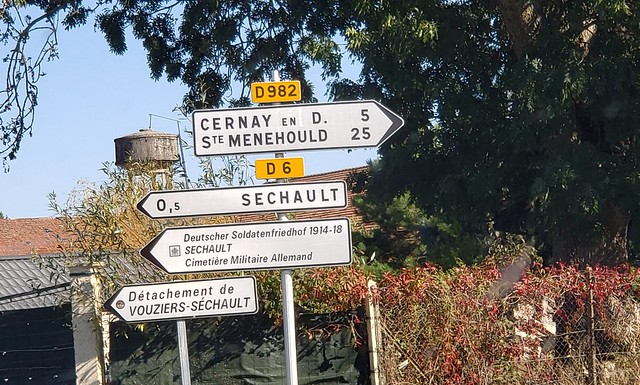 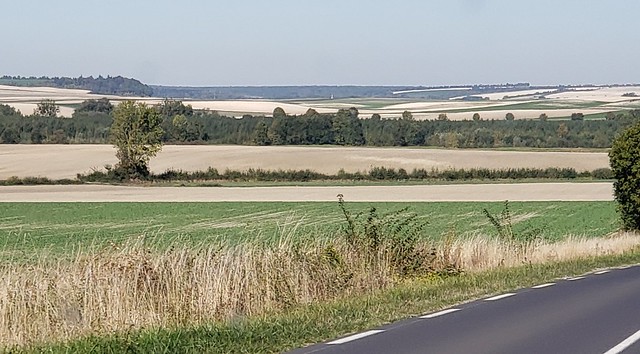 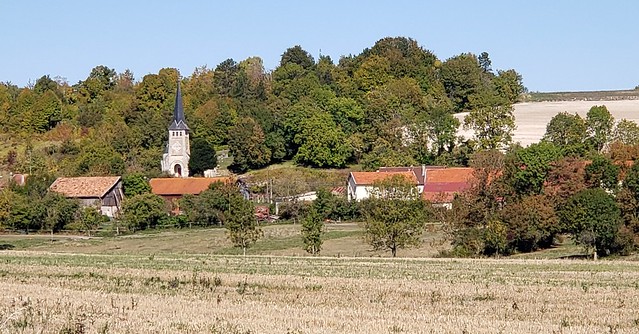 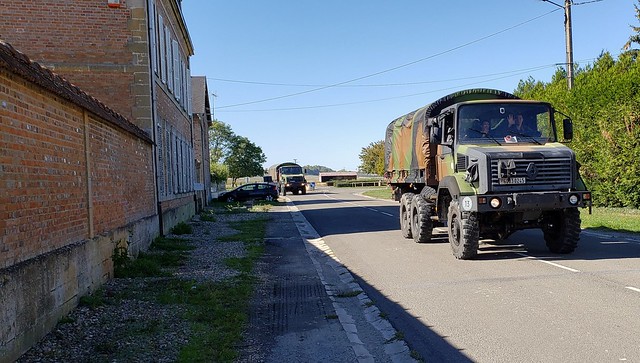 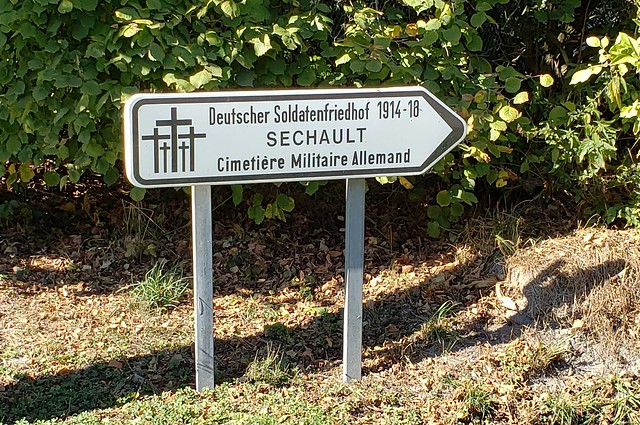 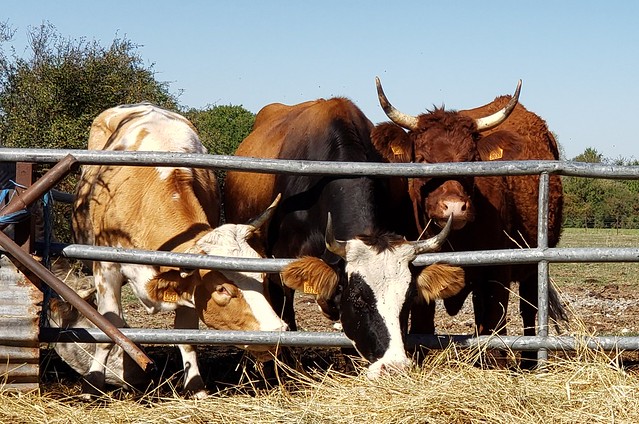 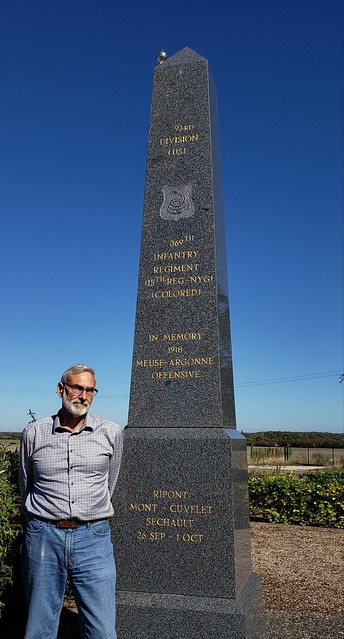