Today’s first attraction was half a block away. It was the almost palatial castle of France’s first mega-rich businessman Jacques Coeur. After building a trade empire rivaling the richest Italians and once rescuing France from financial ruin jealousy did him in. His struggling rivals talked the king into putting him in jail and giving his wealth away to others especially the King. I took pics.

We also went to Bourges Cathedral’s more modest predecessor, the Eglise of Etienne, where I took more pics including the honor role of parishioners killed year by year in the Great War. Also you will see the donkey on bended knee popularly given credit for founding the spot to build this Church.

Finally, I will share the after dinner photos of the walk we took past the Cathefral at night following a blue light trail around Bourges. It took us past Jacques’ house again and a gentle bear that guided his good friend, the brother of the French King.

And a couple of pics: 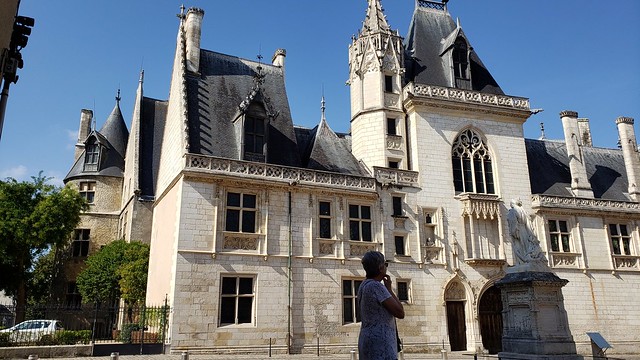 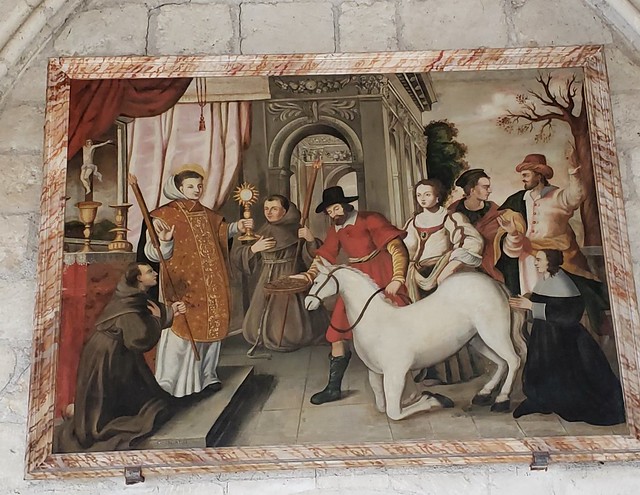 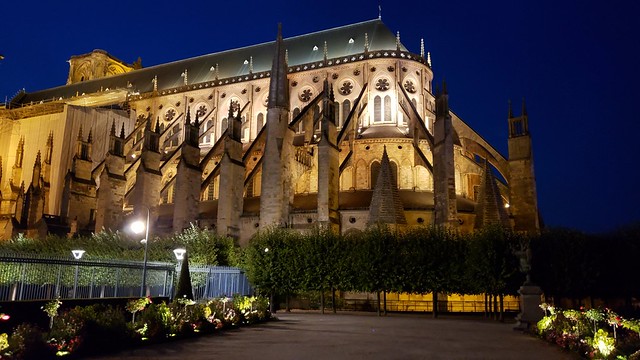 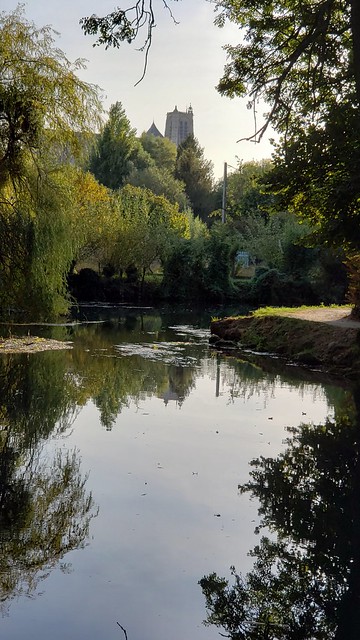