I just got my computer out of the Geek Squad’s hands. It had been acting up. Just in time to link it to my latest Not Eudora Column in the Reader – Pardon Mon French which begins:

I am attempting to learn to speak my first foreign language three years short of my “three score and ten.” Why I am, is not as interesting to me as the how. French wouldn’t even have been my first pick. That would have been Spanish. As a kid I knew that more nations close to the U.S. spoke Spanish than any other language after the era of colonization. It also had a reputation of being an easier language to learn.

I spelled “Boche” wrong. I discovered that last night in the subtitles of the 1937 film The Grand Illusion. 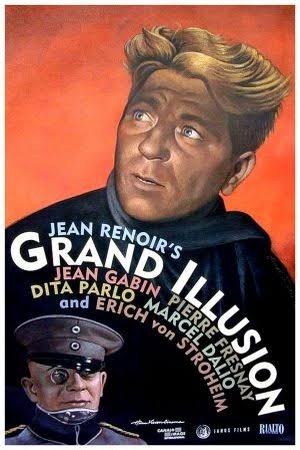 As in Casablanca it had a stirring scene of the French singing the Marseilles to Germans who had power over them but it was an anti-war film not one pushing anyone to join a war. It was a sad cry from the French to avoid a war that would break out just two years later.