… Another shameless pitch for a donation

OK, OK, OK. This blog is no “Go fund me” or “kickstarter” page. But my “eight loyal readers” have morphed to 500 daily readers. Not all of you are hating me as you read. Whether you agree with me or not I hope you find my blog engaging. I work hard at it and even go the extra trouble of editing it more carefully these days.

My foot is giving out going door-to-door and I gratefully find donations in my mail box every other day. (My door to door packet includes a return envelope with the suggestion that a donation would be appreciated). I’ve actually been able to keep my campaign’s financials on life support this way. As for my pitch for online donations? Early on, (two months ago), I got a $200 donation that gave me the altogether wrong idea about how I might be able to match the DFL money machine. The next two donations however were for $30 and $15 dollars. That’s right 3 donations in two months! My faith in my business acumen has been utterly shattered. I’m no Donald Trump!

Well, this is what my regular readers are missing – a 50 card deck of Duluth winter nostalgia. 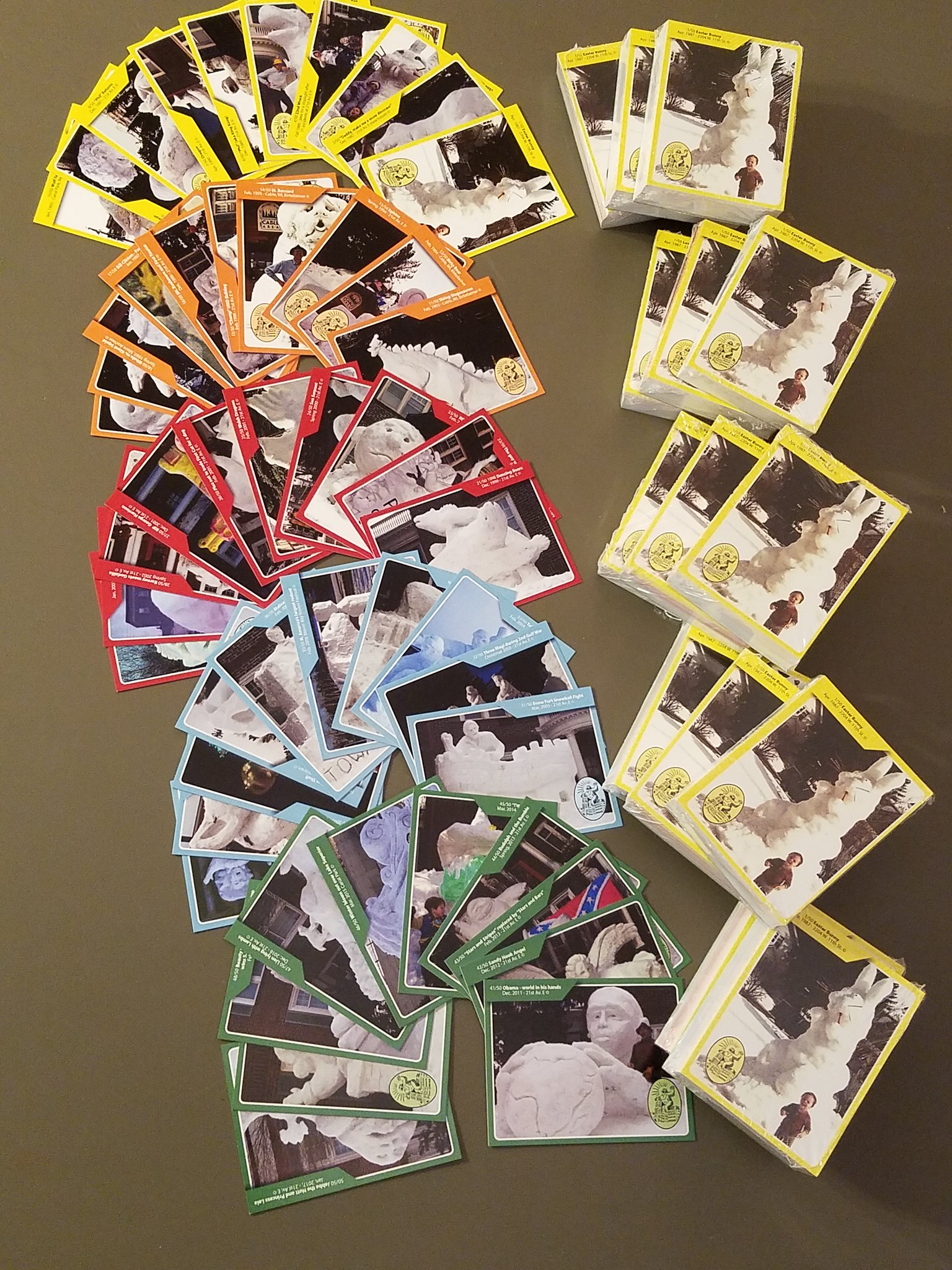 I think they would be a great stocking stuffer for any Duluthian who has moved away from home. Count on this. Someday the 200 remaining decks are going to be listed on Ebay for a thousand dollars. Each! (probably by the time the Starship Enterprise has been built)

And this is snow sculpture trading card #2. 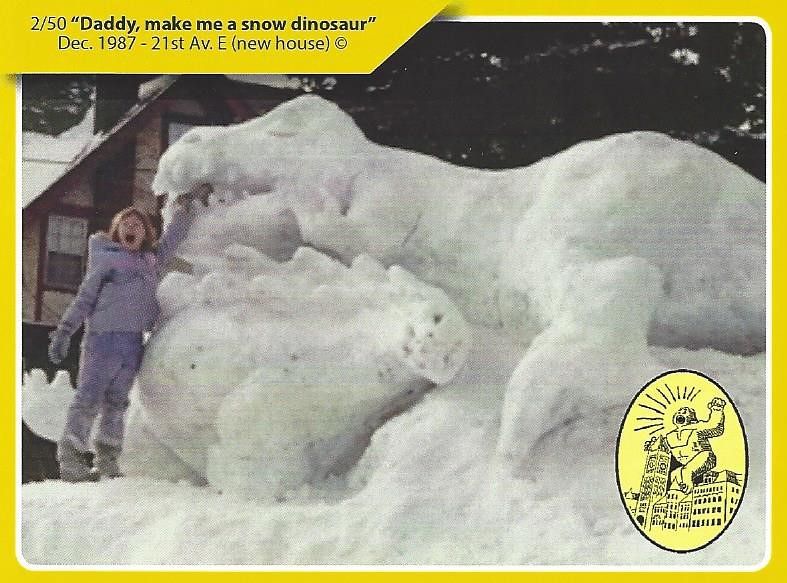 Its my first public snow sculpture and was prompted by my then first grade daughter, Keely, who asked me, “Daddy, make me a snow dinosaur.” I was beginning my duties as a “house husband” and imagined a towering Tyrannosaurus Rex looming over 21st Avenue. Gosh, was I disappointed. When it was done I called it an “iguana with a bad overbite.” I added a stegosaurus below it to make the prostrate “T Rex” look like it was in attack mode.

As people who have watched my perennial political career can attest I don’t let failure get in my way. It only pushes me to work harder and smarter. I had over 100 snow sculpture photos to choose from for my thirty year career that I suspect will be continued this coming winter. I get lots of requests (mostly non paid) to build snow sculptures elsewhere. I know my skills are modest but I do have a sense of humor e.g. “Barney meets Godzilla.”

I had originally imagined “selling” tons of these cards with lots of donations left over to help fund the Duluth Schools Educational Endowment Fund. Well, that hasn’t worked out but maybe I’ll be able to fund a mailing by the last week of the campaign if this offer catches on. Can any of my readers help me stir the pot on Facebook?

There will be old folks in their 90’s talking about the crazy guy who made snow sculptures in Duluth long after my battles over the public schools have run their course. They’re just fifteen bucks. That’s 30 cents a card!!!!!