Chuck Frederick handed these two documents back to me at the Chamber Forum.

Document 1 shows ISD 709’s summary budget, all of it for 1997 – twenty years ago. I fished this out of my old School Board files a couple years ago as I was trying to nail down what the Red Plan had cost our District. 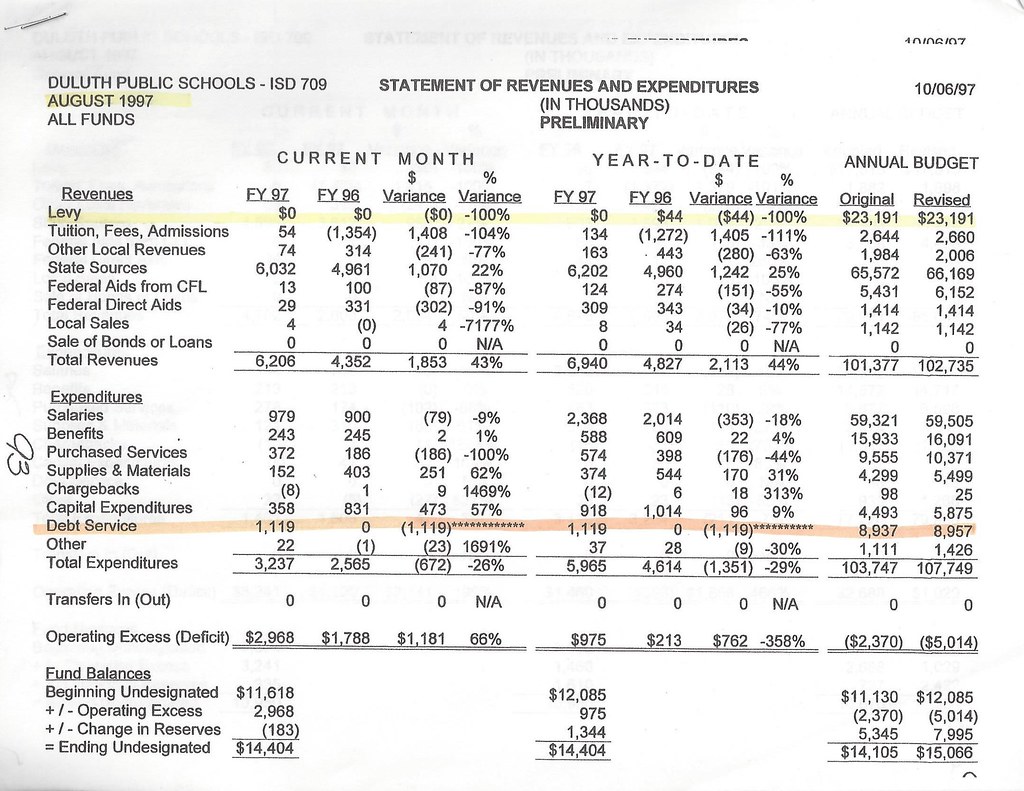 The yellow line at the top is what Duluth property taxpayers contributed to the running of our schools – $23,191,000.00. Its only 22% of our overall revenues and far less than the state’s share of $66 million.

The orange line is what we were paying for “Debt Service.” That is money to pay off loans (bonds) borrowed for earlier building projects. It all comes from the local levy so if you subtract it from the levy the remainder is what is available for classes (operations). How much were local tax payers putting into their classrooms in 1997? Just subtract the debt servicing ($8,957,000.00) from the total levy for the answer. Twenty years ago we were putting $14,234,000.00 into operations. 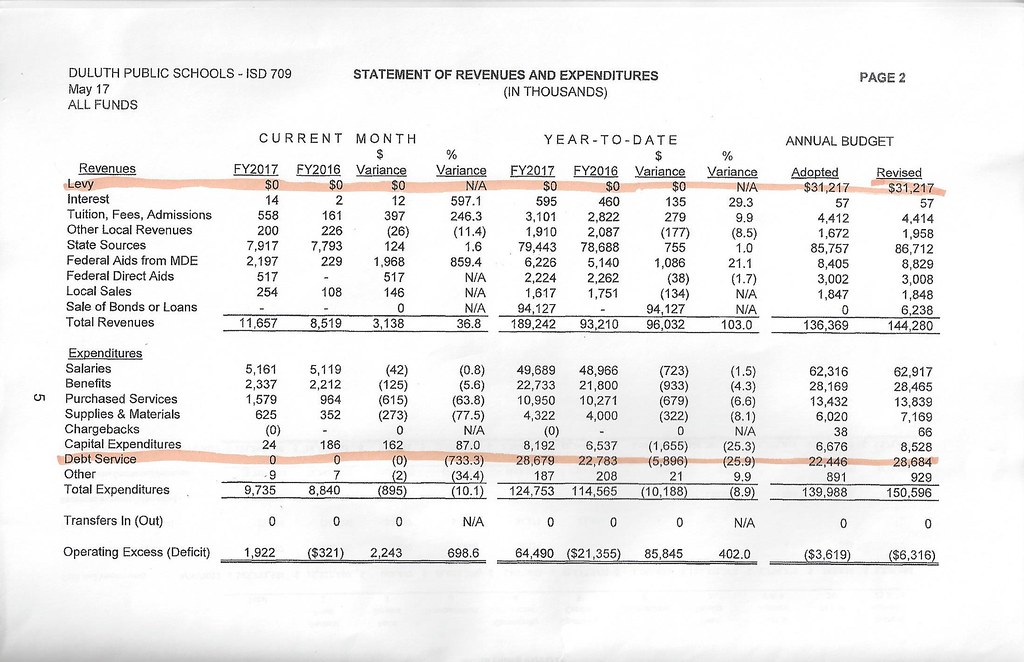 The second lower orange line tells the tale. In Fiscal Year 2017 $28,684,000.00 of our total local levy was being used to pay off Red Plan borrowing (debt service). Subtract that from the total $31 million levy and what remains is all that local taxpayers today are putting into our classrooms. It is $2,533,000.00 – two-and-a-half million!

Its worse than that. According to an inflation calculator that $14,234,000 we added to operations in 1997 would be the equivalent of $20,812,920 million today. The citizens of Duluth are putting one tenth of the money into our classrooms now than we did twenty years ago. But we are putting a lot more in to paying off Red Plan borrowing.

The average teacher today costs the district $96,000 in wages and benefits. We’ve had to sacrifice a lot of them to pay off that Red Plan debt.

Like I said at the Chamber forum, “we traded teachers for new schools.”

Good luck making our schools the “best in the nation” with that financial burden placed on our children’s backs.

To keep a clear thinker on the school board consider making a donation to his campaign here.