I need to go door to door to empty it.

My eight loyal readers have company. According to my blog’s stats I’m perilously close to breaking the major records this year for readership. I should end up with over 5,000 individual visitors who have read over 70,000 “pages” this month. I put pages in quotes because I’ve never known exactly what that means.

I know that when I post a lot my numbers go up and when my posts have links to other things I’ve written that too increases the stats. But with about six weeks to campaign left I keep adding new tasks for every task I complete. Keeping track of it, let alone accomplishing them all is a mental challenge.

For instance, I’d dearly love to write a half dozen posts now on the subject of Vietnam, and my campaign but that takes time, a couple hours I don’t have with fifteen minutes left to go before 10 AM – an hour after I planned to be out door to dooring.

So, I’ll make that my deadline for posting this morning.

I was part of Homecroft’s “human fence” yesterday. They have got it down to a science by now so I only had to retrieve balls four or five times over the our and half of recesses I watched over.

Here’s a pic with the kids far enough away so as not to identify them: 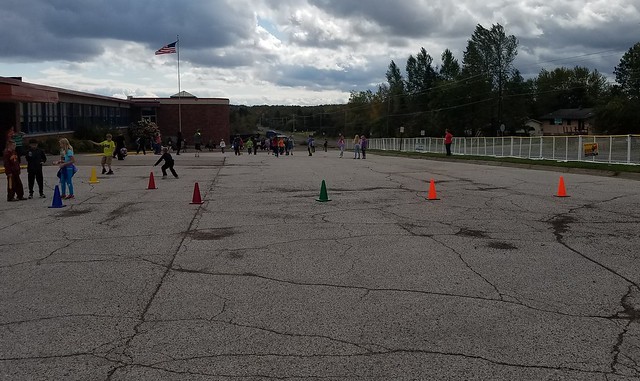 A bunch of the kids recognized me from my reading to them last year and asked if I would come back.

And then there was the duck on a lower Woodland porch when I was door knocking. He cocked his head at me as I took a picture. 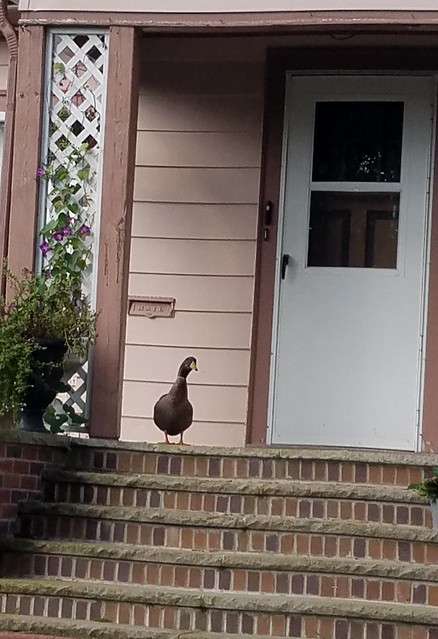 I added a bunch of “friends” to Facebook. I thought I was adding them to the welty for school board page but they are now part of my more personal feed. Many of them are prodigious posters and this morning one post I was looking at was superseded by a hundred others. It took me nearly five minutes to find it again.

I’m a pretty savvy researcher so that I have a pretty good idea what posts have some weight behind them. But reading Facebook for news is like taking a drink of water standing under Niagara Falls. No wonder the Ruskies had Americans so confused in 2016. I’ve given up trying to manage the campaign Facebook Page. I haven’t got the time or energy. I saw that one visitor there wondered where she could donate to my campaign on it. I hope she checks out my blog because I regularly link posts to my site which has a tab for donations. www.weltyforschoolboard.com