Because of yesterday’s rain the 21st Ave intersection on 4th street should have been opened today. But the City sent out a press release saying it would open at five yesterday and so the press release had to be obeyed. The barriers were taken down at five despite the work not quite being finished. Drivers will have to dodge big trucks today as they travel up and downhill.

As for my home, we might as well live by a football stadium now with the intense lighting that has been installed. 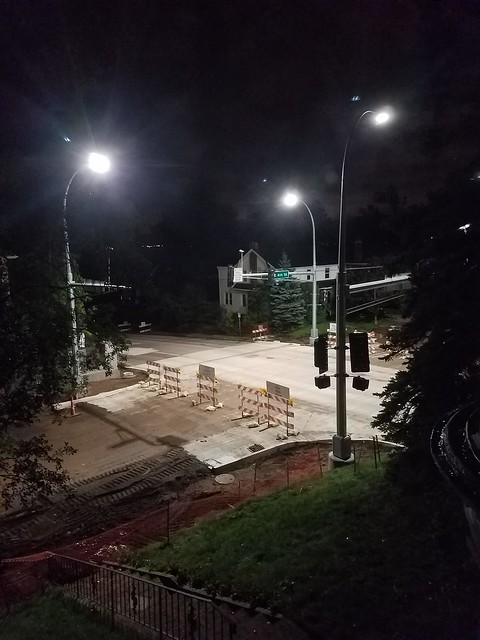